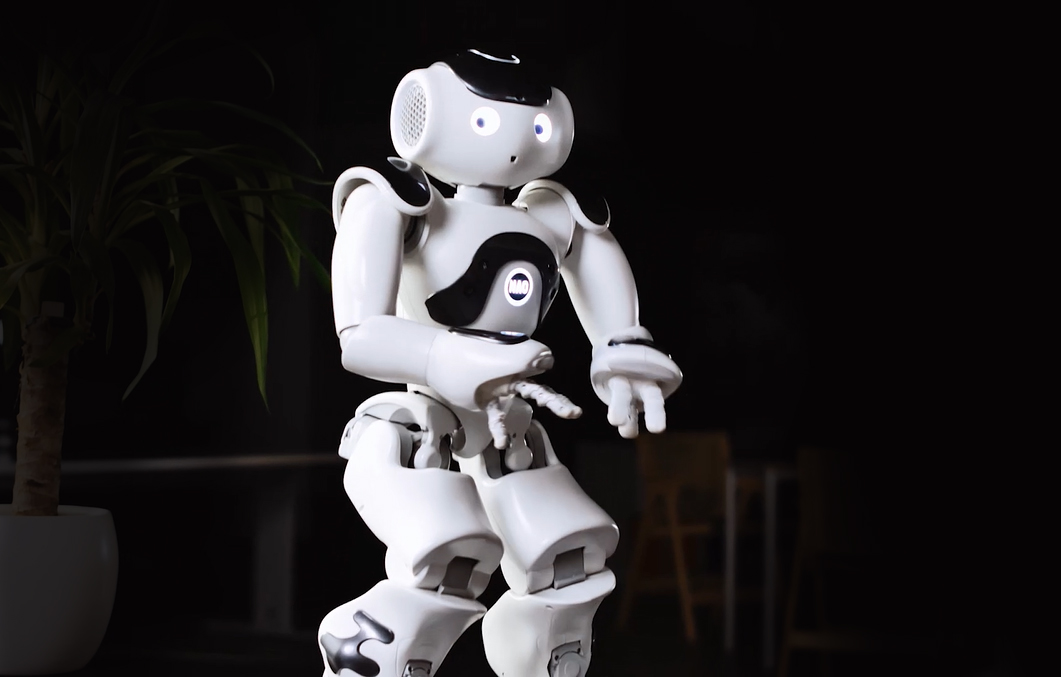 DDTlab is a research lab operating in the fields of cybernetics, virtualization, BCI systems, and robotics. DDTlab enables regional, national, and international connectivity. As part of social innovation for smart factories, demands for the humanization of technology are being placed through robotization. Robotization is one of the key directions of progress at the onset of the 21st century. Advancements in this field are moving towards increasing autonomy, flexibility, and sustainability. Thus, a modern-day »machine« is not merely intended for a mechanic performance of a single function, but is becoming an increasingly independent agent, designed to solve complex problems faced by the individual, the economy, the society, and mankind. The development of robotics thus actually refers to advancements in human-robot interfaces, i.e., artificial intelligence. DDTlab is a platform that focuses on creating research and education projects that combine science, art, technology and business.

DDTlab has three laboratories, which interact in a productive and harmonious way.

Head of the laboratory:

1. VR AND AR LAB
VR (virtual reality) and AR (augmented reality) can lead to new and exciting discoveries in areas that affect our daily lives. Whenever it is too dangerous, expensive or impractical for humans to do something in the real world, virtual or augmented reality is the answer or the solution. From training pilots and surgeons to historical architectural applications operated by scientists, VR and AR allow us to take virtual risks to gain real-world experience.

2. CREATIVE ROBOTICS LAB
Under the premise of »creative robotics«, we present new innovative fields of interaction between humans and robots. We provide introduction to NAO robots and the Yaskawa robotic arm, present the operation and software of the robots and work with the Yaskawa robotic arm controller. The training is not only technical oriented, but also humanistic and artistic. The aim of this type of education is to encourage young people to think outside the box when it comes to using robots in our society.

Social robotics
At DDTlab, we are intensively working on humanising technologies, introducing and developing new applications for robotics. We have developed a character and an identity for the NAO robot, which has been given the presonalised name Eva. The Eva robot represents an innovative and creative approach to presenting and learning about robotics. She regularly posts her adventures on her Facebook profile and YouTube channel.

3. BCI LAB
BCI – Brain-Computer Interface – is a computer system that captures brain signals, analyses them and converts them into the appropriate commands to execute output applications. BCI systems were initially developed for biomedical applications, enabling the regaining of mobility for the physically handicapped and replacing motor functionality. In addition to biomedical applications, efficient BCI systems are now also used in many other areas. Thus, the research into the applications of BCI systems has expanded beyond medicine to areas such as smart environments, art, education, games, advertising, etc. At DDTlab, we are developing new applications for brain-computer interfaces.

Neuro robotics projects are a unique transfer of technology from the domin of robotics to the social domain, bringing the virtue of humanity to robots. The user controls the movements of industrial and humanoid robots through a brain-computer interface. This allows direct communication between the brain and the device that we want to control and operate with the help of the brain. In the case of Neuro Robotics, this is the possibility of controlling robots using brain signals.

In BCI workshops, participants learn about the human brain, this amazing organ made up of billions of tiny cells. The mentor introduces BCI – the interface between the brain and the machine – the computer – in an interesting and interactive way. Participants have the opportunity to create with brain signals: paint on a digital canvas, write, control a robotic ball, write with a industrial robotic arm and control the movements of the humanoid robot Eva.

The usage of plastic over the last century has become a global problem. The purpose of the recycling machine is to manufacture products that could be re-used instead of being thrown away, and, the… 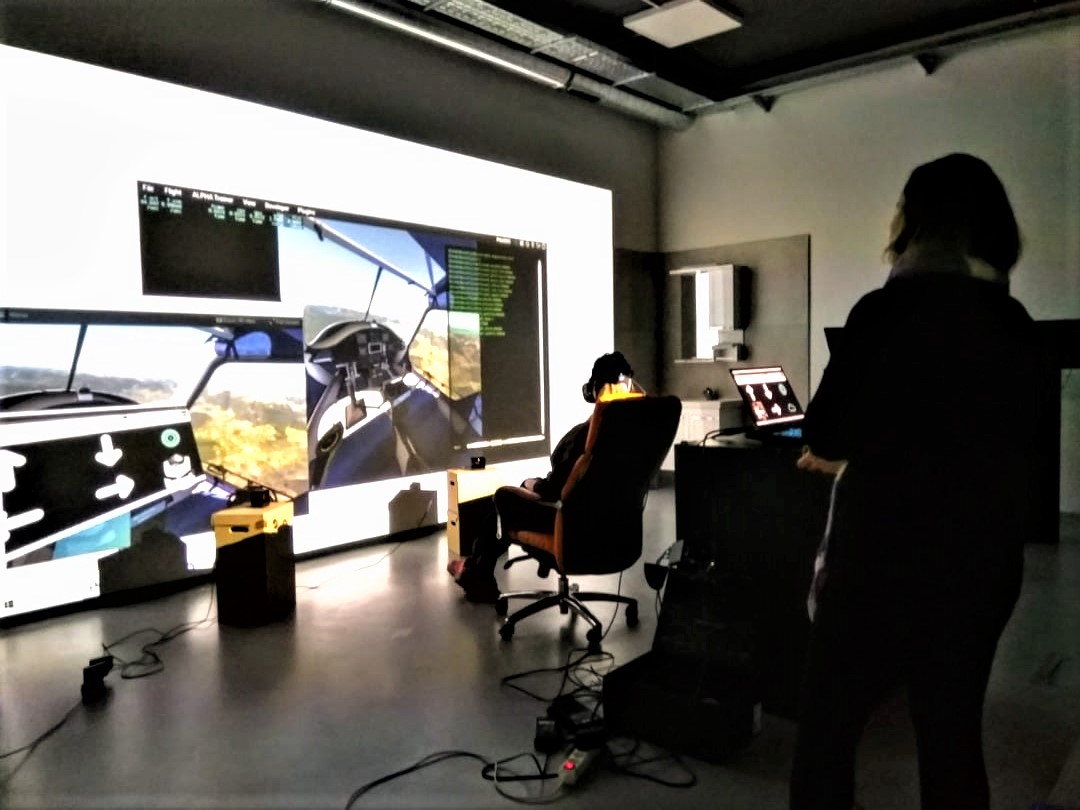 The NeuroFly simulator is a pilot project of the DDTlab and the AFormX aviation company. The project aims to combine the VR flight simulator with a brain-computer interface, which allows the user to… 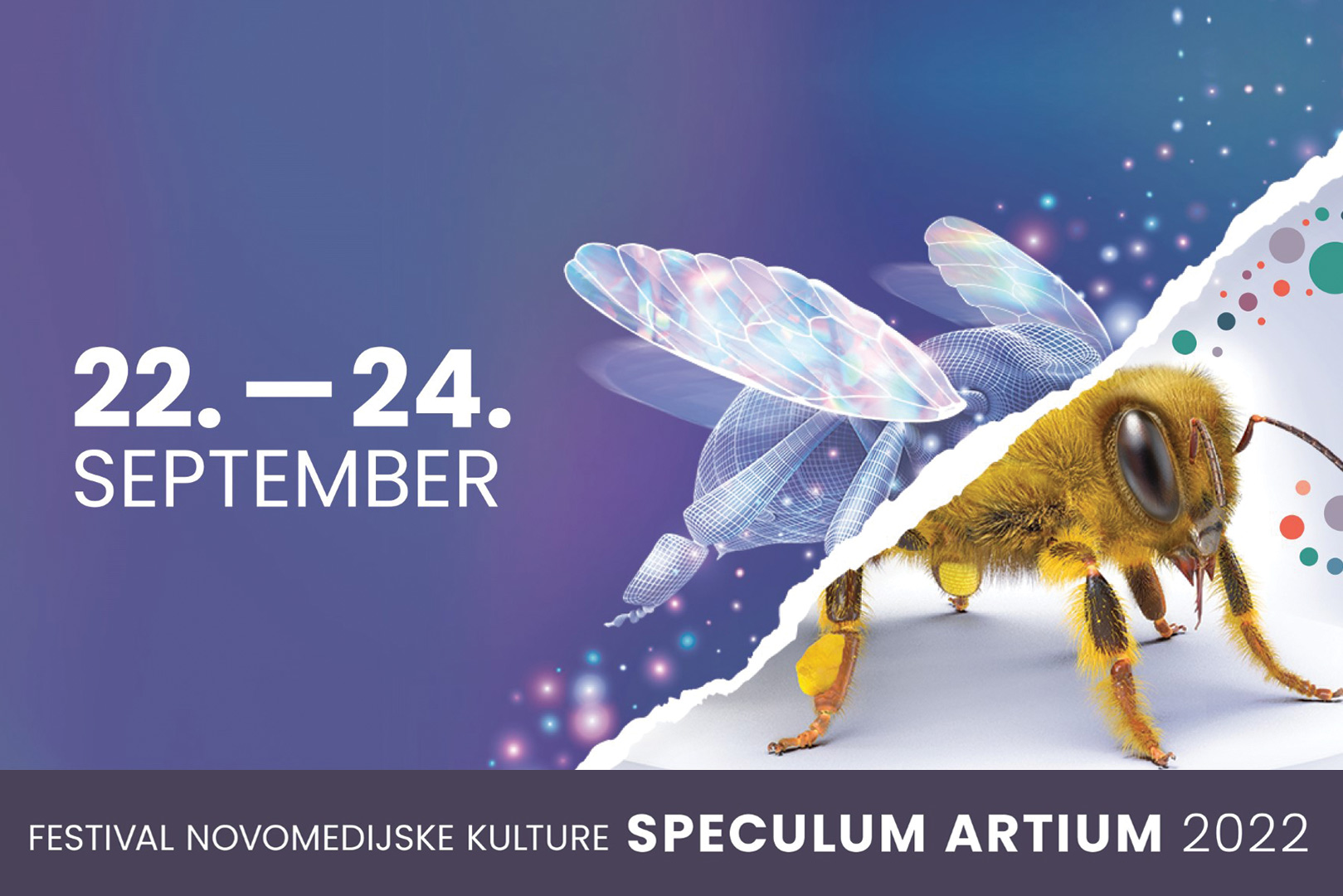 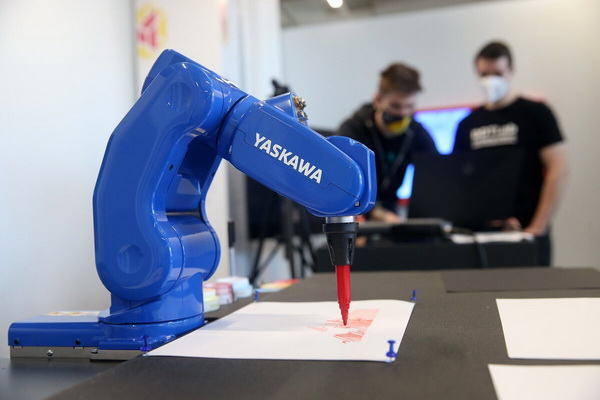 The artistic duo Varvara & Mar, whose artistic research practice is based on connections, interdependencies and frictions between social change and technological progress, has developed projects in… 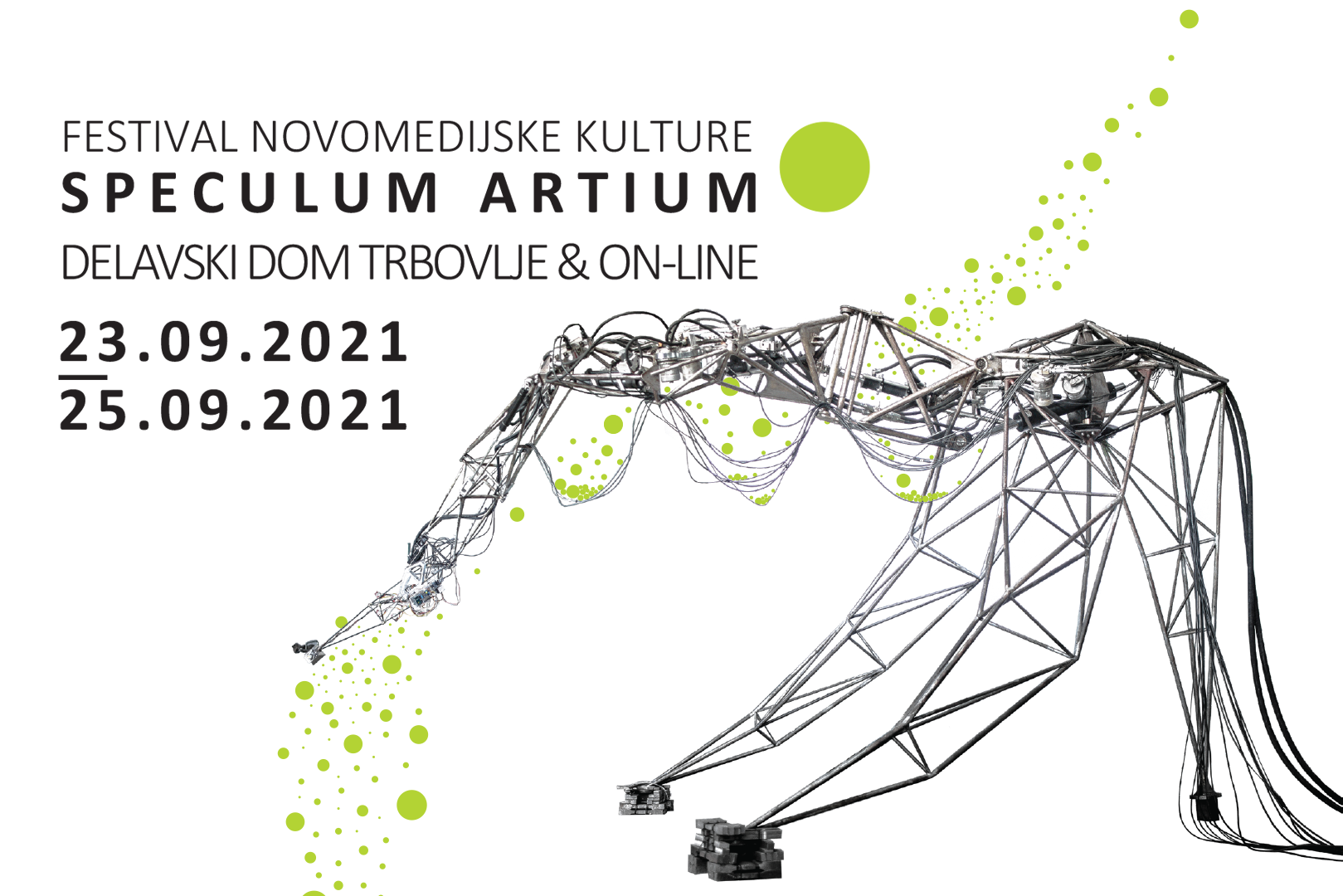 The Speculum Artium festival of new media culture will take place between 23 and 25 September in Trbovlje. Trbovlje is known not only as a town with a rich mining past and a high level of technical… 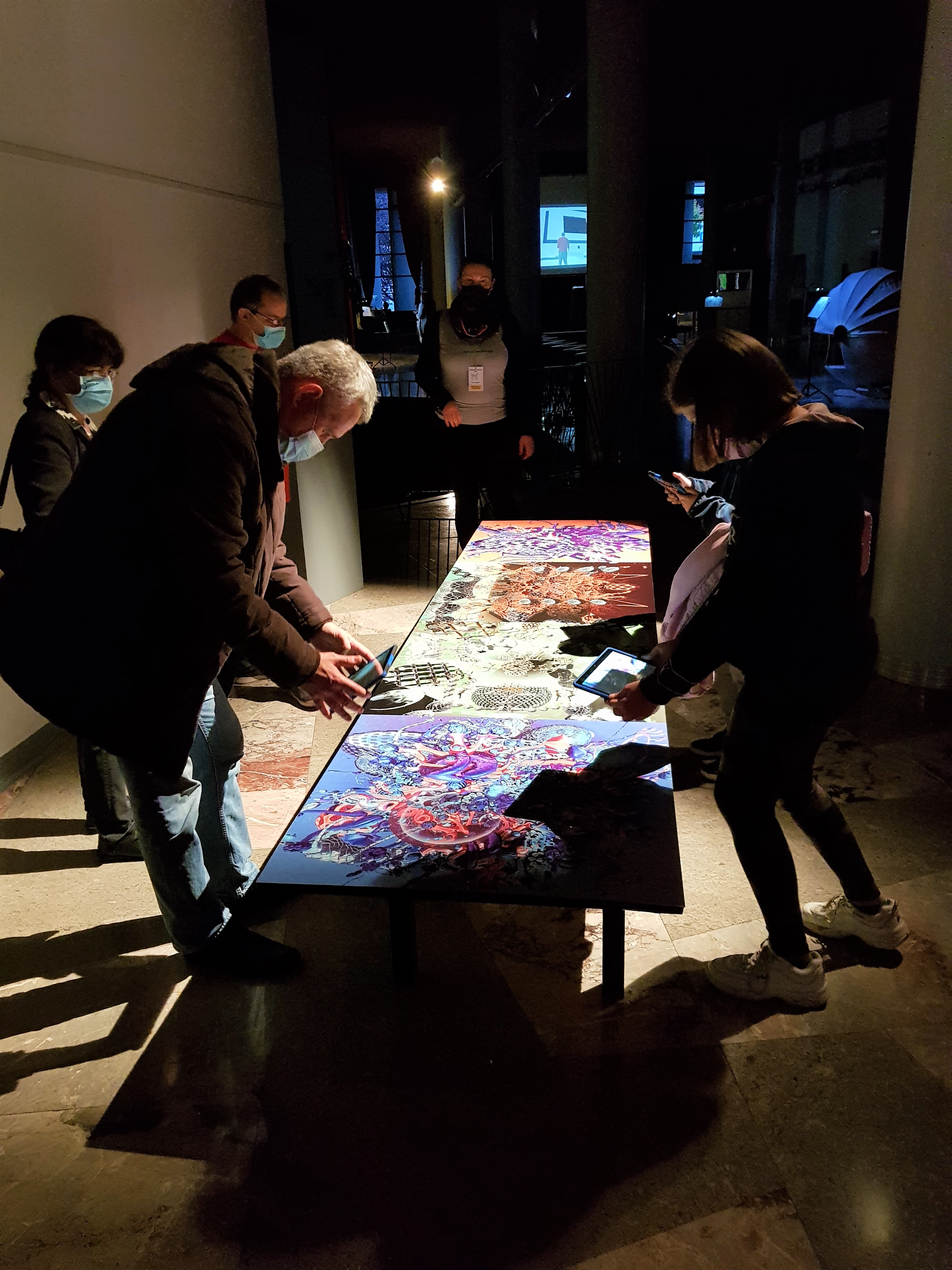 Closing of the Speculum Artium 2020 festival

Although very different from previous years, we are happy and grateful that in the current circumstances, the festival Speculum Artium: A Window to the World was a success! Speculum Artium 2020 is… 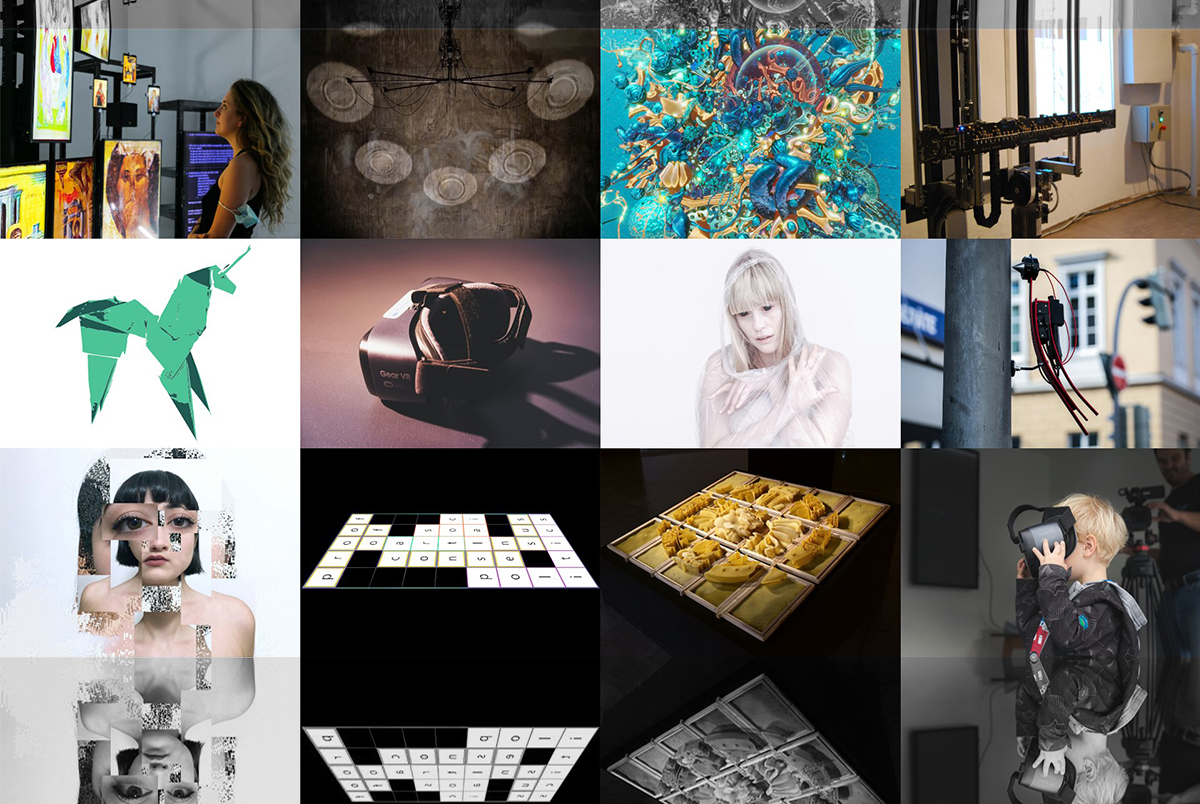 Speculum Artium 2020 / Window to the World

Speculum Artium 2020 / Window to the World 15—17 October Delavski dom Trbovlje LINK TO THE PROGRAM. LINK TO THE ONLINE STREAMS. LINK TO THE INTRODUCTION OF THE PROJECTS AND ARTISTS.   At a time when… 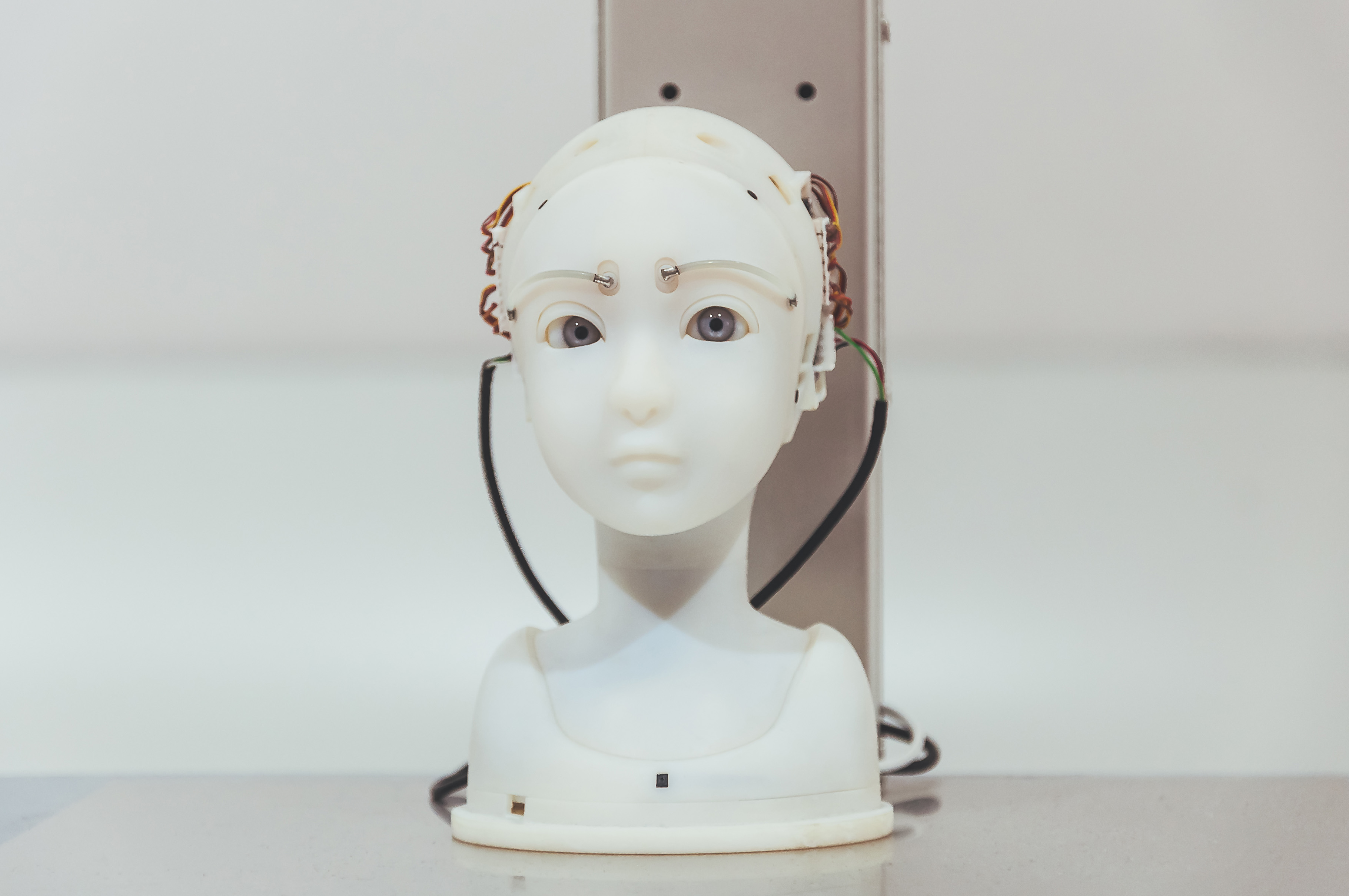 Modern art has ended up in a grid of partial knowledge and interests, an uncompromising dictate of the post-capitalistic mindset and capital. Somehow, it has slipped away from the hold of poets –… 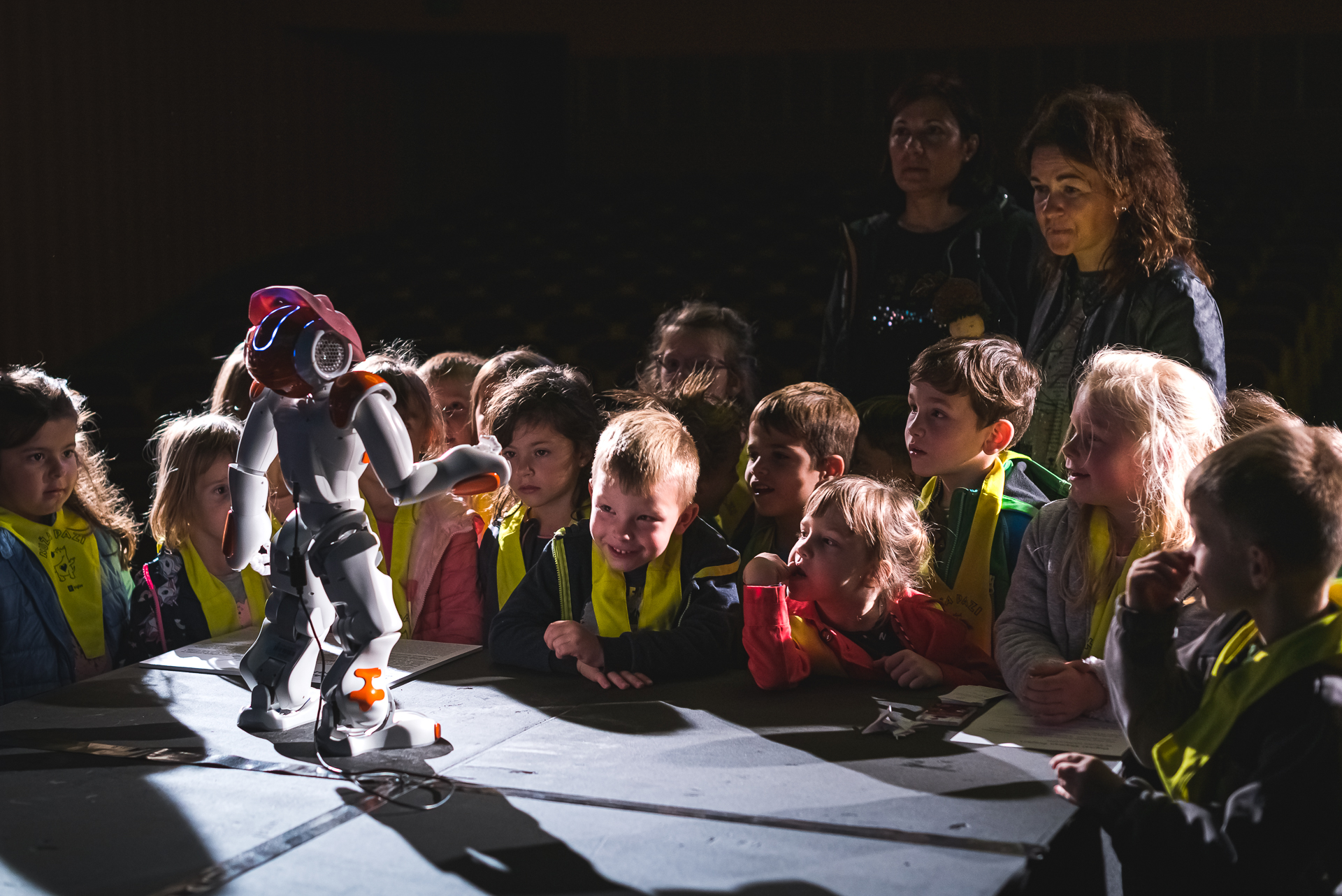 The 11th edition of the Speculum Artium Festival "Virtual consciousness" was about experimentation between traditional and new media art, virtual reality, and even more advanced technologies, which…