DDTlab on a Partner Visit to Yaskawa 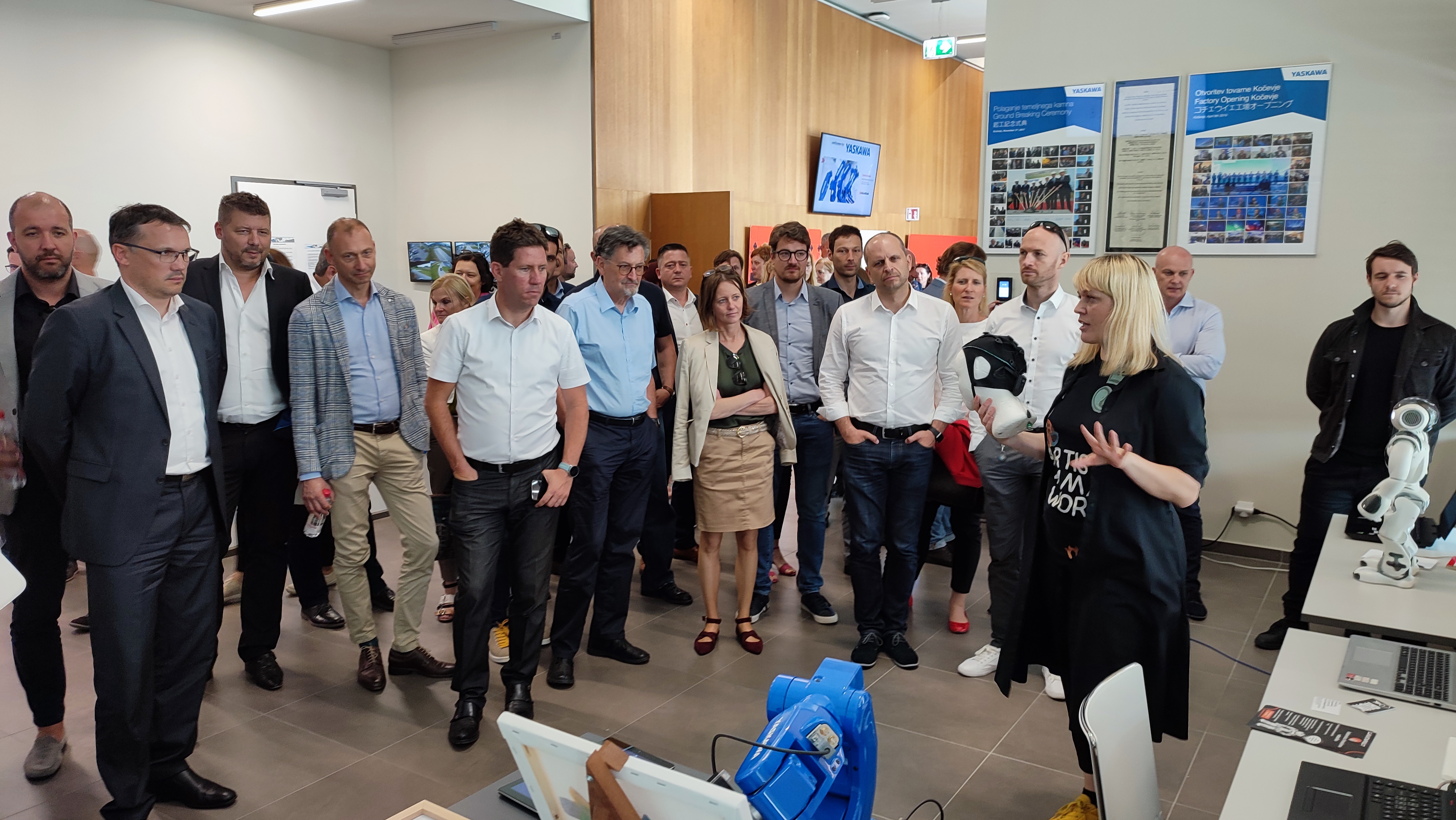 DDTlab was invited as a business partner to a full-day event at Yaskawa in Kočevje on Friday, 2 June 2022, to present its Creative Robotics projects.

Yaskawa is a role model and an inspiration to many companies and organizations through its outstanding work, continuous development, and efficient adaptation to market needs. The company recognizes that despite industrialization and robotization, genuine relationships and the human touch are key, which makes such partnerships all the more important.

At the event, DDTlab demonstrated NeuroYaski – painting with minds, where visitors drew with the BCI interface and Yaskawa's industrial robotic arm Yaski. We also demonstrated the robot Eve and the AI comics project, where a visitor interacts with a humanoid robot and artificial intelligence (AI) to co-create a comic.