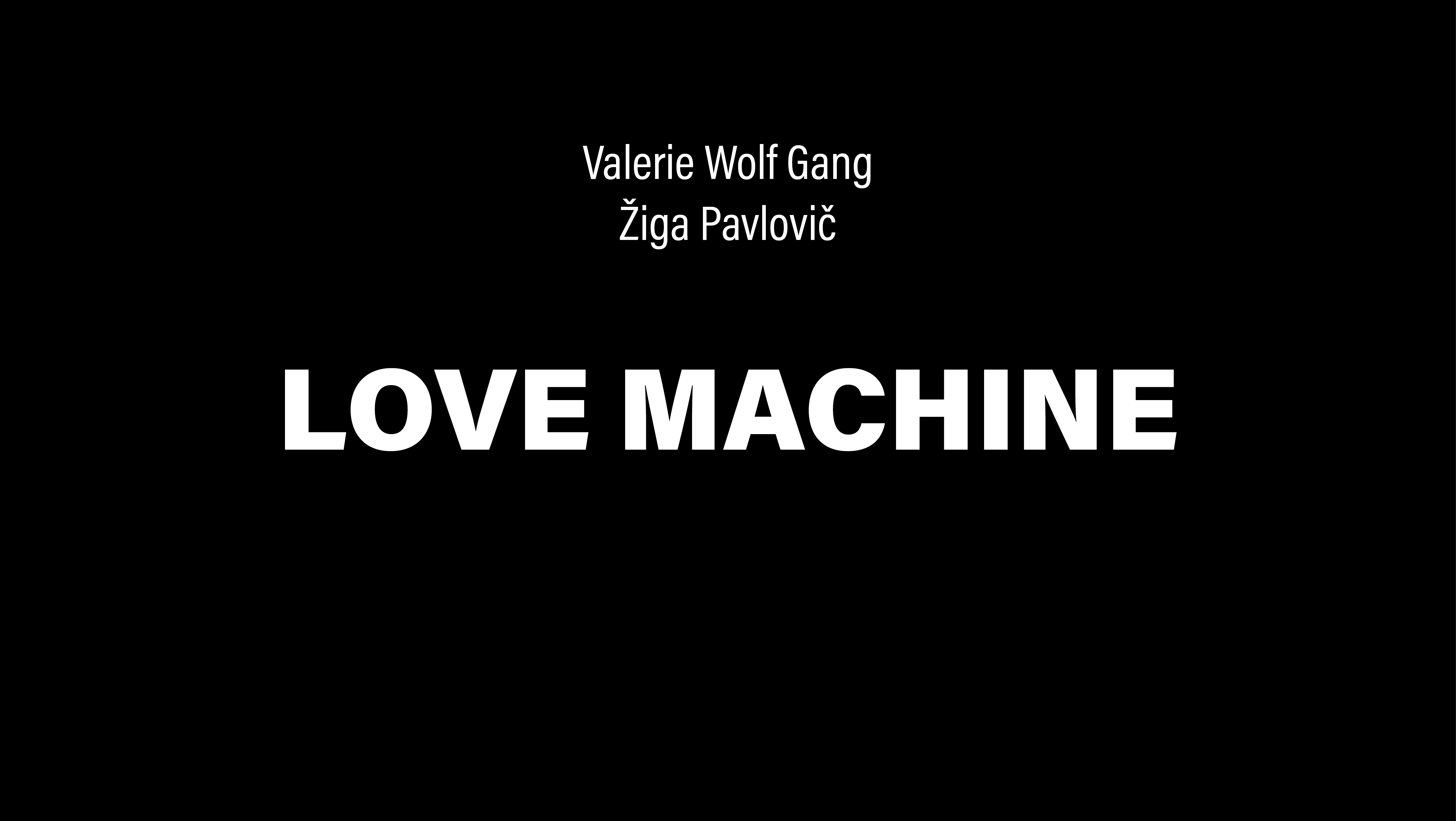 With every new decade, there are revolutionary new technical inventions that always influence and change society. In 2020 we have encountered another novel phenomenon that had an enormous global impact on the economy, technology, education, industry, social conventions, and our emotions and personal lives; Covid-19. We have entered a new decade; the world has changed forever, and we have seen how we can overcome specific social distancing solutions with the help of technology.

Although technological progress has been accelerating, it has been limited by the essential intelligence of the human brain, which has not, according to Paul R. Ehrlich, changed significantly for millennia. However, with the increasing power of computers and other technologies, it might be possible to build a machine that is considerably more intelligent than humans. With this massive global intervention of the deadly virus, we have become even more connected with various technologies, saving our lives. Technical singularity has never been closer.

However, even though technological solutions (such as virtual classrooms and other virtual worlds) enable us to continue with our daily lives, education, and business, we still have not found the ultimate solution to satisfy all the basic human needs. One of them is the essential human touch. Multidisciplinary research project LOVE MACHINE dives deep into this issue and seeks a physical response to the feeling of love through modern new media technologies.

Different areas of virtual, augmented, mixed reality, artificial intelligence, and other emerging new media technologies are being used to answer the psychological process questions. What takes place when we fall in love while looking for ways to manipulate and interact with people's feelings of love, especially when they lack some of the elements: a physical touch.

Various research studies do this through artificial intelligence creation projects that could one day replace the human soul in which people could identify a future partner or friend. Because many 'physical technologies' (such as robotics) focus primarily on meeting the users' sexual needs, the last few years have seen a massive increase in various sex robots that can fulfill hidden fantasies. At the same time, a lot of new content appears in the virtual reality field, which almost blurs the line between real and virtual, thus making it much easier for users to experience their fetishes and (above all) achieve sexual satisfaction.

The LOVE MACHINE project intertwines these two areas and seeks ways to translate the physical feeling of love from a psychological moment into the physical world. When we fall in love, a series of processes take place in our brain that directly affect our physical processes: a feeling of tightness in the chest, butterflies in the stomach, and heat, sweating, high blood pressure, etc. Experts examined the physiological changes that occur when feeling different emotions in a scientific study conducted in 2013 under the auspices of Aalto University, the University of Turku, and the University of Tampere. They found that every emotion affects specific organs, and the feeling of love activates most of the body. Scientists have come to similar conclusions in many other studies. However, they are still not unanimous in their response to what arouses love in a person and why many people feel the love in a powerful physical way. However, it manifests itself in the response of organs and sensations that are difficult to control and reproduce.

The original inspiration for the project LOVE MACHINE comes from medieval torture devices and the early beginnings of robotics, as well as from modern attempts to create artificial intelligence and humanoids. They could potentially take on the role of fellow human beings and fill the gap of loneliness and other psychosocial problems arising from the lack of proximity and essential human touch. With the project, artist Valerie Wolf Gang wants to explore the connections between emotions and physical responses to them, focusing on interactive augmented reality technology, with which each user can relive the physiological reaction of feelings of desire and love.

In the project, the artist works closely with Žiga Pavlovič, an interaction designer, who takes care of the technical implementation. The project offers the possibility of cooperation to creators and experts from various scientific fields. The aim is to connect multiple functional elements, such as program code, sound image, the physical construction of the installation, interactive components, etc., as well as many other individuals working in the field of psychology and dealing with the connection of psychophysical elements of emotions. The purpose of the project is to work at the intersection of science and art and to unite the two professions with a common goal: to create a LOVE MACHINE, which will help us overcome the transition into a new decade, which is facing humanity in the "post-Covid-19 world" (to love and to touch with the social distancing elements and re-construct a contemporary society.

Valerie Wolf Gang (1990, Ljubljana, Slovenia) is a multimedia artist, film director, videographer, transdisciplinary arts researcher, and mentor. Her works focus on the ideas behind human experiences, such as aspects of consciousness and a reflection of social conflicts arising from political regulations and constraints. She mainly explores the relationship between man and technology and is inspired by the connection between the living and inanimate nature and the multifaceted nature of the human character.

Wolf Gang's works are often interactive and therefore create a site-specific performance and interaction between the art piece and the observer. She works as a multimedia artist, film director, and transdisciplinary arts researcher, using different technologies and approaches to construct (interactive) installations, new media works, and art films. A combination of digital components and physical materiality plays an essential role in her expression of the storytelling narrative. In her words, "digital and material components represent the mind and the body, which need to be balanced to create perfect harmony."

Her work has been featured in various group and solo exhibitions. She has received numerous international grants and awards (e.g., National Film Award, Alumnus Optimus Award, Working Stipend of Ministry of the Culture Republic of Slovenia, Restart Award, Roberto Cimmeta Grant France, Kultur Einer Digitalstadt Grant Germany, KulturKontakt Grant Austria, etc.). She is a member of international art collective Spielraum Ensamble, research unit Famul VideoLab, Directors Guild of Slovenia, and represented by Collecting Society of Authors, Performers, and Film Producers of Audiovisual Works of Slovenia. She is the founder of UV Arthouse producing experimental films, video installations, and researching the field of emerging technology and interactive multimedia artworks in the intersection of science and arts.

Besides her artistic practice and research, she lectures on contemporary art practices, teaches film education in cooperation with different institutions (leads a BA & MA class "Experimental Form" at the University of Nova Gorica, is a mentor at EU program "Developing communication competences through cultural-art education," at The University of Primorska, and various workshops and masterclasses in collaboration with Kinodvor, SCCA, Kinoteka, Bobri...) and is a Ph.D. candidate at Slovenian Academy of Science and Arts. Since 2018, she has been a professional associate at The Institute for Fine Arts Vienna, collaborating with the Academy of Fine Arts Vienna. In 2020, she received the grant of the Center for Creativity for production in the interdisciplinary platform that connects activities and development of the cultural and creative sector, co-financed by the European Union from the European Regional Development Fund and the Republic of Slovenia.

Žiga Pavlovič (alias Darian Medved / Ljubljana, 1987) is an independent interaction designer, programmer, maker, and promoter of new technologies. Most of his work relates to the field of virtual, augmented and mixed reality, and from 2019 he has concentrated on practical artificial intelligence, "affective computing" and interactive installations. As a mentor, he collaborates with Fablab Maribor in the preparation of DIY workshops and education in the use of digital fabrication.

In the past, he participated in the establishment of the Slovenian Game Developers Association and the organization of the first two conferences on the game development in Slovenia, the Slovenian Games Conference. You might still meet him at the occasional Game Jam or hackathon, where he’s exploring a new digital toy. In this way, by winning the EYA Game Jam, in Graz in 2017, he participated in the World Championships in Virtual Reality content development in Shanghai.

He participated with KID Kibla in the preparation of the AR enriched book in 2016. Since April 2020, he has been the head of the new digital laboratory KIBLA2LAB within the network of research and art centers - RUK.

(Description of the Photo)

Supported by Municipality of Ljubljana and FabLab Maribor, Slovenia, 2020 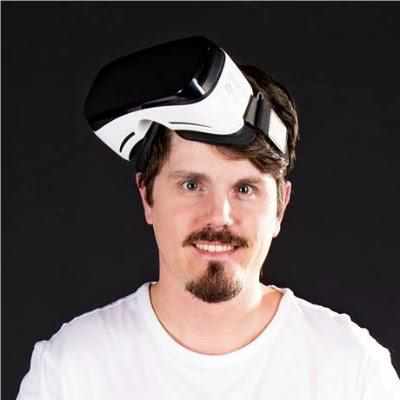