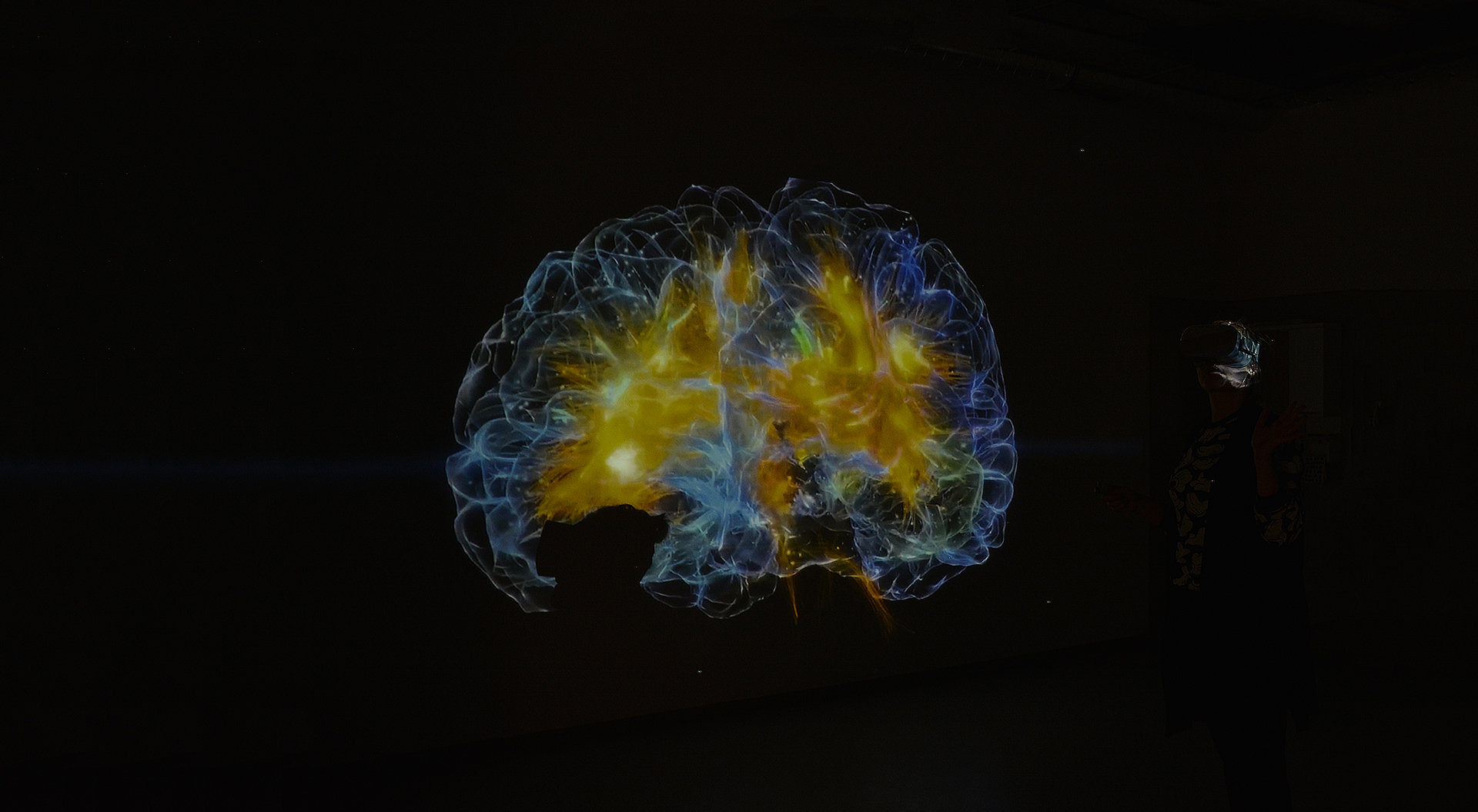 Maša Jazbec completed her studies in fine arts at the Faculty of Education in Maribor under the mentorship of prof. Dušan Zidar. She then pursued a master's degree in new media art at the University of Art and Design in Linz (Kunstuniversität Linz) in Austria. As part of her master's degree, she completed a study exchange at IAMAS (Institute of Advanced Media Arts and Science) in Japan. After completing her master's degree, she continued her doctoral studies at the University of Tsukuba (of 大学 / Tsukuba daigaku) in Japan in the laboratory of Professor Hiroo Iwata. As part of her doctoral studies, she completed an engineering residency at the renowned Advanced Telecommunications Research Institute International (ATR) in Professor Hiroshi Ishiguro’s laboratory in Kyoto, Japan. Since 2013, he has been co-creating the international festival of new media culture Speculum Artium in Trbovlje.

In 2019, she presented her work in two comprehensive solo exhibitions in Slovenia, one in the Equrna Gallery in Ljubljana and the other in the Velenje Gallery in Velenje. In June of the same year, she co-created a new spatial arrangement in the Trbovlje park, where, in cooperation with the Municipality of Trbovlje, she set up a larger intermedia installation Monolit, which is her second outdoor sculptural installation. In 2019, she was a guest of the FrekvencaX show on Val 202 several times, and an extensive article about her work was published in the DELO newspaper. She also gave several guest lectures in Slovenia and abroad, lecturing on connecting art and science on the platform of android science. She was the initiator and organizer of the first international Brain-Computer Hackathon in Slovenia, which took place in Trbovlje.

Since October 2019, he has been the head of DDTlab (Trbovlje), one of the three laboratories within the RUK network (Network of Research Arts and Culture Centers). In the laboratory, she and her colleagues create in the field of connecting art, science, and new technologies. They are currently developing new applications in the field of interfaces between the brain and the computer/machine, thus providing the general public with access to knowledge in this field not only in theory but also in practice.