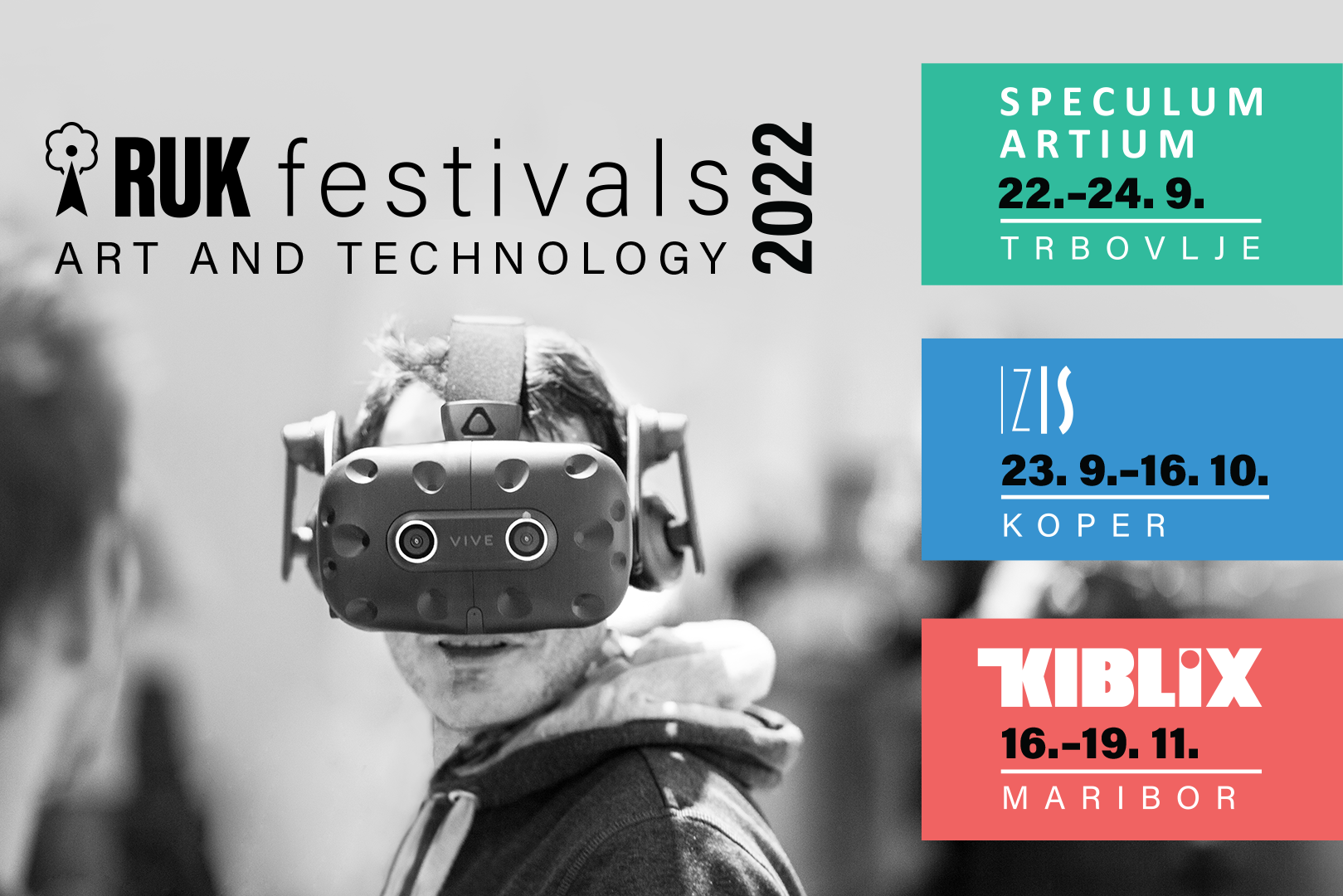 This autumn we invite you to visit our international intermedia festivals in Trbovlje, Koper, and Maribor:

At a time when technological progress is increasingly associated with desolation, the 14th edition of the Speculum Artium Festival is reorienting itself through art towards the well-being of humanity and nature. The festival program will be accompanied by meetings with artists and scientists, expert panels, workshops, and guided tours. This year, the DigitalBigScreen International Video Festival will take place at the same time as well.

The 10th anniversary edition of the IZIS Festival »takes up as its basic element the pipe – something elongated and hollow that normally provides, in secret, all the inflows and outflows that keep our lives running as smoothly as possible either in the bowels of our homes and cities or inside our bodies« (Karlo Hmeljak). The program will consist of nine intermedia installations, three multi-channel sound installations, three workshops, and seven performances.

This year's edition of the KIBLIX Festival will also be a jubilee one, as the festival celebrates its 20th anniversary. This time, it will be based on the platform of the RUK Network, which has created numerous productions in its four years of operation. The works presented are the fruit of three research laboratories: DDTlab, HEKA and KIBLA2LAB.