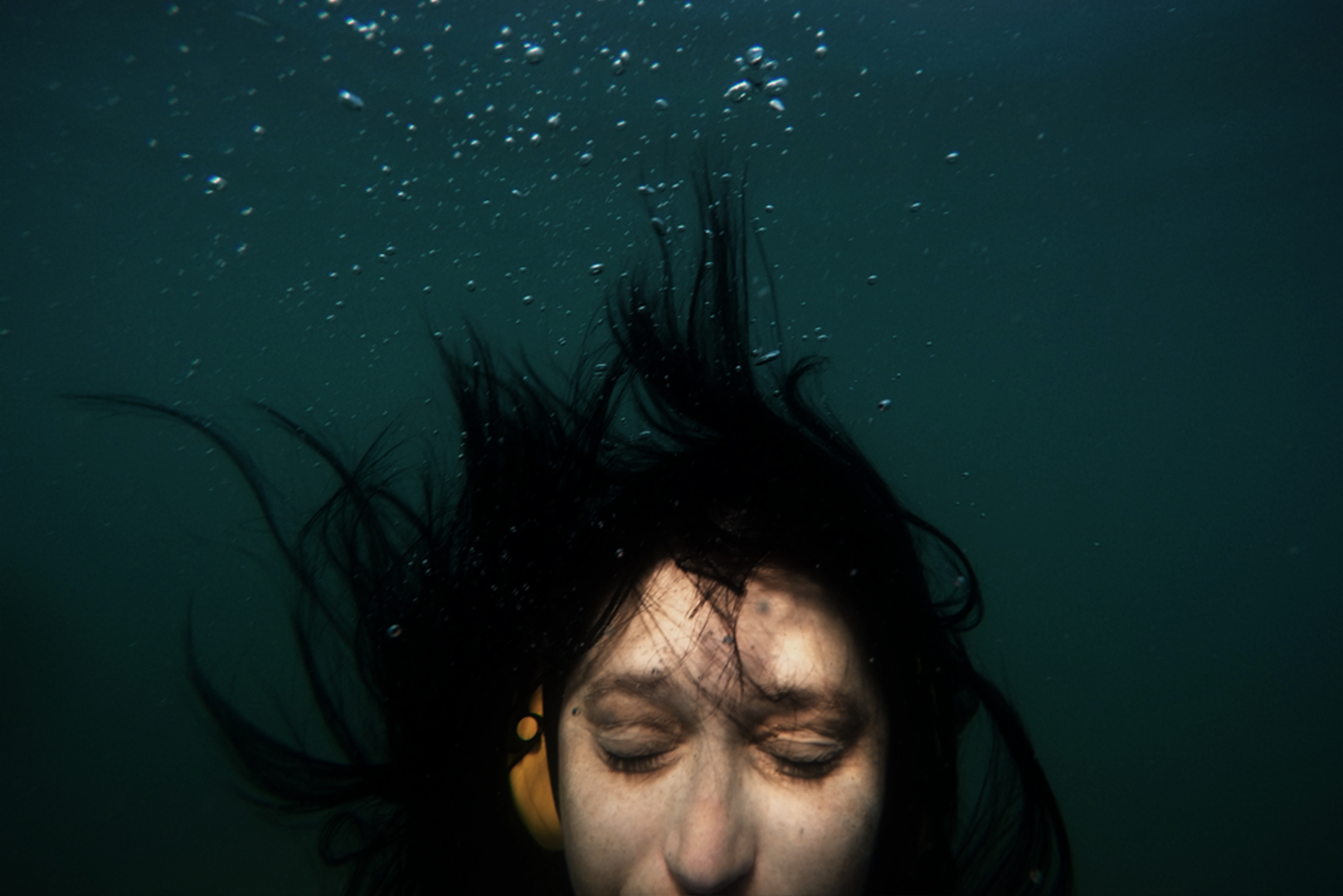 Between 1 and 31 July, 2020 Robertina Šebjanič attended an art-research residency held in Koper and other cities in Istria. During the residency, she prepared a conceptual design for a new work, which she will further develop as part of our project with the production support of PiNA.

In the new project, the artist focuses mainly on the properties, effects, and research dealing with the phenomena of marine physics - with the properties and different levels of sea currents, how they affect the circulation of water masses, how the prediction of sea warming can be perceived and other environmental changes caused by climate change.
She also studies the differences in water masses and their »archival« stories. Within the project, Robertina will focus on the Adriatic Sea.

During the residency, she created sound recordings of the underwater sea landscape in the Izola marina with an underwater drone and recorded sound underwater landscapes with a hydrophone (underwater microphone). She gained a lot of visual and audio material to develop the project with these recordings.

She would like to expand the project to the principles of using artificial intelligence, behaviorism, and interspecies communication, which would also substantially complement the physical context of the project.

The development of the project focuses on the issues of the Anthropocene era, how our actions affect the inhabitants of the seas, and how we can use artificial intelligence to capture the complexities of marine life within the doctrine of empathy and solidarity.

In September 2021, Robertina Šebjanič, in the company of selected artists and Nobel prize winners, will participate in an artistic-scientific expedition to the Galapagos organized by the Quo Artist Foundation and the Royal Academy of European Doctors RAED.

In October 2021, she will present a new project Aquaformations (in collaboration with Sofia Crespo), as part of the IZIS festival in Koper.

She also collaborates with the Kino Šiška team, where she started her artist residency in 2021.

Robertina Šebjanič (1975) is an internationally recognized and awarded artist. Her artistic and research practice focuses on the cultural, (bio) political, and biological realities of aquatic environments, which serve as a starting point for exploring philosophical questions about the intersections of art, technology, and science. Her ideas and concepts, often realized in collaboration with other artists or scientists, are implemented through an in-depth interdisciplinary and integrative approach.

In 2016 she was awarded a special mention at the Prix Ars Electronica and nominated for the STARTS2020 and STARTS2016 awards. In 2018 she was at the Ars Electronica artist residency (Emap / Emare program), and in 2017 she was one of the artists of the SHAPE platform. Her work Aurelia 1+ + Hz / proto viva generator has been part of the BEEP Electronic Art Collection from Reus, Spain, since 2019. She lives and works in Ljubljana.