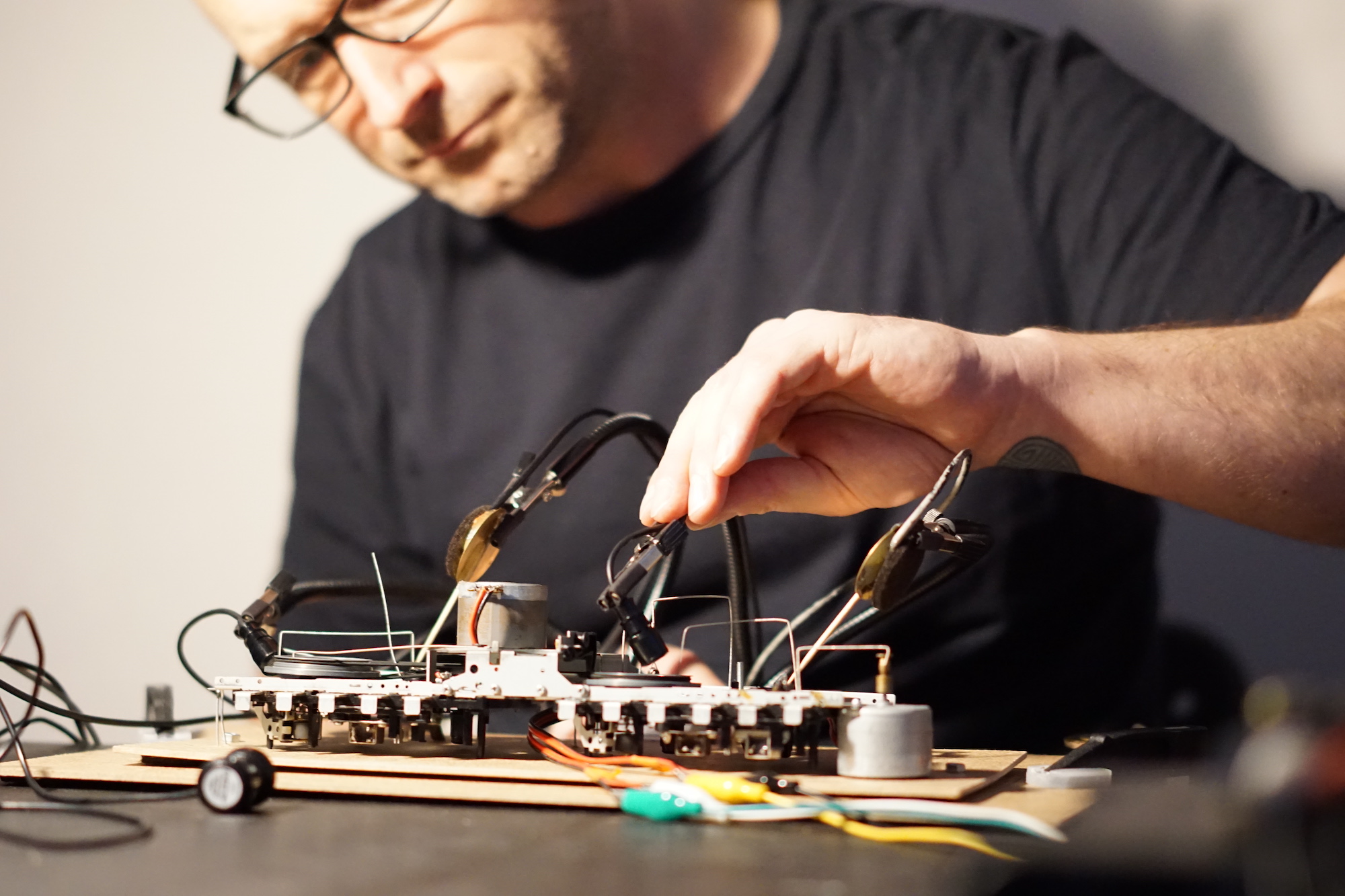 KIBLA2LAB is pleased to announce a collaboration with British sound artist Simon Whetham as part of the RUK International Residency Program. Simon's artistic practice treats sound as a material for creation, and his involvement in various interdisciplinary projects has made his work increasingly visual and tangible. During his residency in Maribor, Simon will present his artistic research practice, lead various workshops and engage with local audiences and other sound artists.

On Wednesday, 12 October 2022, we invite you to participate in an active listening workshop, which will take place between 4 p.m. and 7 p.m. at MMC KIBLA. It will be followed by an artist talk and an informal gathering with the artist at 7:30 p.m. Between 14 and 16 October 2022, a Kinetic-Sound Jam will take place at the KIBLA PORTAL under the artist's mentorship in collaboration with Žiga Pavlovič, interaction designer.

Since 2005 Simon Whetham has focused on working with sound as a material for creation, often using environmental sound, employing various methods and techniques to obtain unnoticed and obscured sonic phenomena. His artistic investigations have allowed him to work increasingly in multi-disciplinary projects, leading his work to become more visual and tangible. He also explores ways of creating material traces of sound, and transforming energy forms. Simon performs and exhibits internationally, participating in In Vitrø 2019 (IT), Fresh Winds Biennale 2018 & 2016 (IS), Nakanojo Biennale 2017 (JP), ACC Showcase 2018 (KR), Tsonami Festival 2017 & 2012 (CL), Madeiradig 2010 & 2011 (PT) and Moers Festival 2011 (DE), and has composed works published through labels including Mappa (SK), Crónica (PT) and Line (USA). In 2017 the British Council supported Simon’s participation in the Tsonami Festival, Chile, and twice he received the Grant for the Arts from the Arts Council England, to attend the Mamori Sound Project, Amazonas, Brazil, 2007; and to organise the cultural exchange project 'Active Crossover' in 2009. Also supported by PRS for Music Foundation in 2011, it has since been hosted in Argentina, Chile, Colombia, Germany, Norway and Australia, and most recently by MoKS, Estonia in 2015, supported by the Artists International Development Grant from the British Council and Arts Council England.