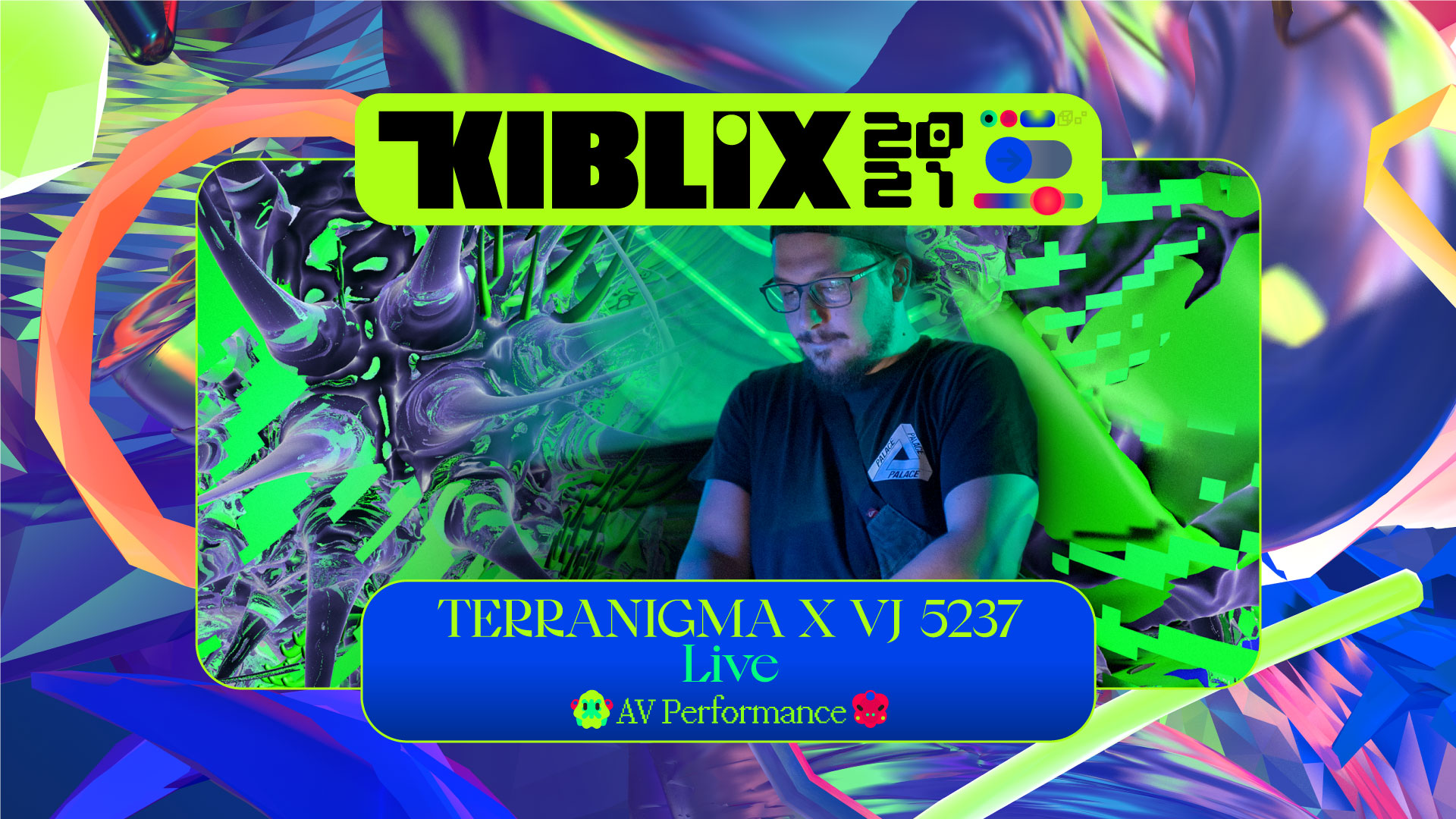 On Thursday, 25 March at 8 p.m. CET, we invite you to the AV performance of Terranigma X VJ 5237, available at https://kiblix.org/streaming/.

In the audio-visual set, Terranigma (Črt Trkman) and VJ 5237 (Stella Ivšek) will present the synchronous creation of sound synthesis and sound-reactive visualization, which they connect into a coordinated whole by using analog and digital triggers. Črt Trkman's original music production is genre-related to electro, breakbeat, and jungle. Stella Ivšek develops visualizations primarily related to the corporate image of Terranigma's last released EP (Kamizdat, 2020). She has also done so specifically for his live act and is also the author of the visual image of Terranigma's release - HydroZone EP.

Črt Trkman is an electronic music producer, DJ, and sound designer. Under his latest production pseudonym Terranigma, he goes back in time to the beginnings of his musical exploration and sound influences. In his youth, he started as a promoter in the legendary Slovenian club Klub K4 and later joined the resident DJs team. His music production and DJ sets have evolved over the years from dub techno, British bass music, breakbeat to a hybrid mix of electro, acid, and jungle. With his DJ sets and live act, he has performed at numerous regional festivals and club stages. He has contributed his music production to numerous compilations at local record labels; his latest product, Hydrozone EP, was released by the Slovenian netlabel Kamizdat in 2020.

Stella Ivšek is an intermedia artist and VJ who performs under the alias VJ 5237. Her work interdisciplinary transcends the fields of graphic design, interactive visualizations, and scenography creation. She is a member of the projection duo BEAM TEAM (5237 x SMECH). Both individually and in tandem, she has collaborated and performed with A/V installations and video projections at many domestic and foreign festivals such as InSonic (ZKM, Karlsruhe), Sonic Experiments: Telematics (ZKM, Karlsruhe), MENT, Lighting Guerrilla, Fotopub, Pixxelpoint, Grounded and Linecheck in Milan, where she equipped the performance of Slovenian producer Nitz (Tine Vrabič) with live visualization. As part of Ljudmila's PifLab program within the Osmo/za consortium, she is the co-curator of monthly meetings of creators in video art, installations, and visualizations V2V (video to video).