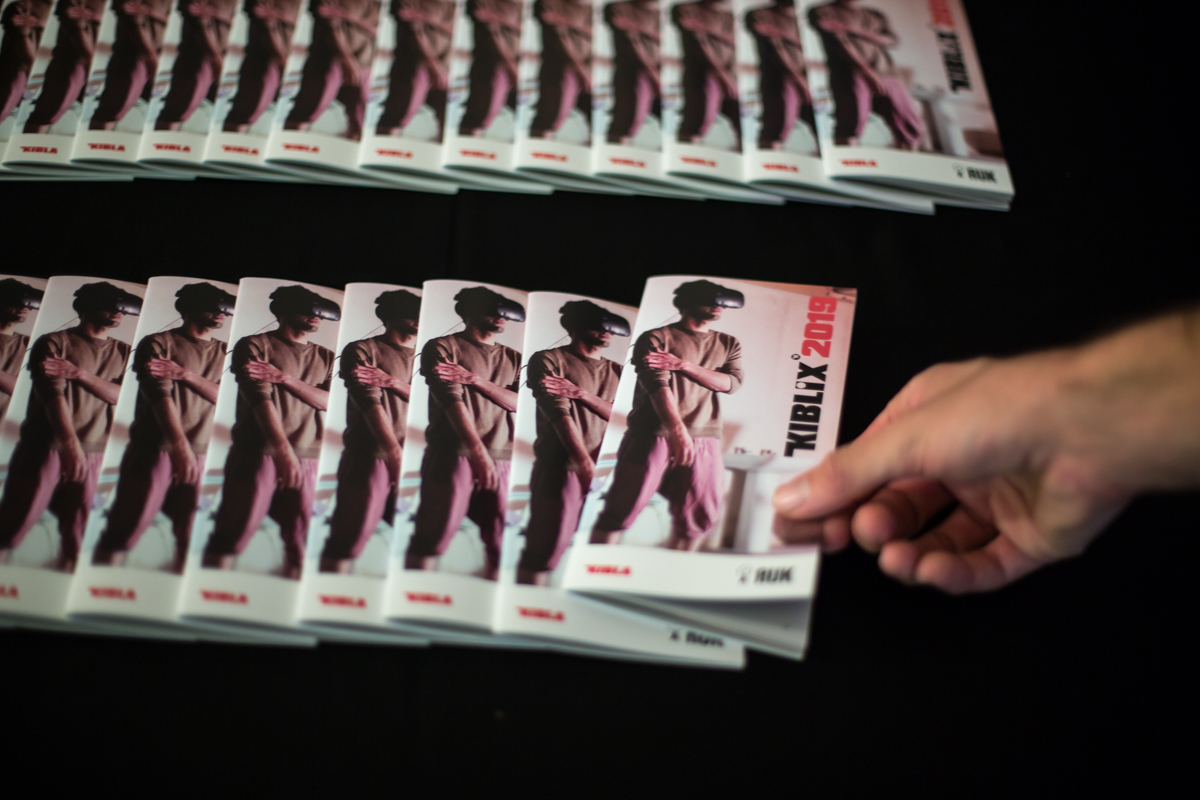 In the time package 2019–2023, Kiblix Festival turns to research and critique of contemporary technological media, as well as their soft applications in contemporary arts, culture and education.

With every technological medium, the conditio sine qua non is the technology that functions flawlessly – because during the conceptualization, and during the stage when technical demands meet content, or in other words, during the implementation of ideas and concepts in creative labs, things always get complicated due to a lack of effective technological support. Under the auspices of big corporations, there is a deliberate and systematic support of an increasingly fast-growing development of major technological breakthroughs, while a constant optimization of technology is the result of countless studies and focused work, in order to offer to the market hardware and software for creating new visions and products for diverse users.

Art medium, yes or no? On the one hand, it is about mapping, about the imitation of an artwork, about gallery setups, archiving, documenting, historicizing. On the other hand, it is about the medium as art, which is not necessarily image-forming, but can explore the medium as such, together with its boundaries; i.e., a creative upgrade of the medium, a creative use of the medium. As long as one is not familiar with the medium in terms of the processes and procedures it requires, one cannot manipulate it, be creative with it, or think about it critically – except in terms of the everyday effects and social impacts, which we observe in the sense of dehumanization of technology, or hard digitalization.

Virtual reality is increasingly becoming a real reality, and a milieu of art creation. We are working alongside Khora Contemporary from Copenhagen, Denmark, whose team explores the capabilities and impact of modern technology through art projects. They provide artists with the appropriate support in developing and unleashing their creative visions and exploring this new medium and its expressions.

Khora Contemporary is one of the pioneers of using a fascinating new medium that delivers the highest quality viewer experience through art works. On their list are world-class artists – Tony Oursler and Paul McCarthy (USA), Christian Lemmerz (DE), Erik Parker (DE/USA), Yu Hong (CN) and Nikita Shalenny (UA) – some of them were or are featured as part of Kiblix festival.

We may wonder what the consequences of this complex set of technologies that are developing today will be; will it relieve or burden us, will it raise self-awareness and human awareness, or is it merely going to be a practical tool for spare time, for game playing and focused marketing of certain products. It is a fact it exists. And art can humanize technology, re-question its canons, and test its limitations.

The exhibition will be opened by Allega Shorto, Art Director of Khora Contemporary.

The exhibition will be showing until 28 December 2019

In this lecture, visual artist and researcher Michael Takeo Magruder (US/UK, www.takeo.org) will discuss his work using real-time virtual environments and immersive technologies within contemporary art practice. Michael will showcase and discuss several of his internationally-acclaimed projects in this area that he and his collaborators have produced over the past twenty years.

Workshop
In this sharing and discussion workshop, visual artist Michael Takeo Magruder will demonstrate several of his award-winning art projects that use virtual world technologies and the latest generation of VR headsets. Participants are invited to bring their own work-in-progress VR projects and concepts to discuss with Michael and the group.

Inspired by Psychologist Philip Zimbardo’s ‘Stanford Prison Experiment’ (1971), Philosopher Jean Baudrillard’s ‘Simulacra and Simulation’ (1981), and Artist Josh Harris’ ‘Quiet: We Live in Public’ (1999), Seeing I will confine Farid to a gallery space, subject to the simulated life of the project’s Other. With no existing relationship to the Other, how will the constant stream of artificial sights and sounds start to displace Farid’s own internal monologue? For the duration of the project, Farid will experience no human interaction relative to his own life, allowing his indirect relationship with the Other to become his leading narrative.

Adapting the question of nature vs. nurture to the digital age, Seeing I will consider how large a portion of the individual is an inherent self, and how large a portion is a consequence of environment and culture. How will the 14-days alter Farid’s movement, mannerisms, personality, and most importantly, his rationale? Without free will to determine and shape who he is, will Farid’s consciousness be enough to deter significant change?

This talk examines the historical production and ongoing maintenance of the eastern 'border' of the occupied Gaza Strip with Israel in the wake of the 2018 Great March of Return. Against the backdrop of over seven decades of Israeli settler-colonialism, a 'buffer zone' has been formed along Gaza's border with Israel through the denial of Palestinian access to agricultural lands, periodic military confrontation, the uprooting and grazing of farmlands, and the latest practice of aerial herbicidal spraying. During the Great March, the slow violence of this gradual border production culminated in the fast killing of human bodies. Using a range of visual and fieldwork methodologies, this talk will unpack the link between these forms of violence and locate the destruction of the environment and the destruction of the body in time and space. In doing so, I examine the ways in which the testimony and of the land can be documented along the human testimony to confront the historical erasure of state crimes and expose forms of ongoing settler-colonial violence.

Boris Vasev will be in conversation with Dr. Shourideh C. Molavi.

The intermedia workshop will provide participants with an in-depth understanding of contemporary technology, as well as ways of managing/manipulating technology, which has by now become accessible to everyone due to the fast-paced development of computers and smart phones. Most of us are unaware of the potential offered by technologies that surround us; they allow us to connect, at any given moment, into networks with other similar devices, which record values and data from our immediate or distant environment.

In her live sound performance Spell of Silence (2019), OR poiesis wraps herself into the virtuality of stone silence, elevating emptiness out of anemia. Through touch, through breath, she wakes up the stone for the deafened body. Spell of Silence is a performative art work of the project KISETSU Quarry, which the artist developed as an 8-channel sound installation for Steklenik Gallery (September–November 2019) and a stone instrument. She will include the stone instrument in her performance Spell of Silence. For KISETSU Quarry, the artist wrote: "A person might live with the belief that advanced technology induces life without meaning and out of sync with the cosmos, but our bodies demonstrate that this is certainly not the case. The sensual, material and discernible link with the world shifts us to the deep border of cognition. For several years, I have been engaged in an acoustic and poetic study of an abandoned quarry. At the core of the sound composition, we find stone, silence, the poetics of space and the acoustics of a certain place in an expanded, cyclical time, spanning several years. The echo of the stone garden is unburdened with the pace of change that could be forced by the need for monetization. Precisely stone connects the human with the ancient, authentic, cosmic elements of the world. The intent is to amplify the vibrational qualities of the stone, transfer them into the human hearing range and integrate them as an interactive sound-frequency field that resonates with a listener’s body and consciousness. I am interested in the behavior of different material and biomorphic fields as well as their interference." 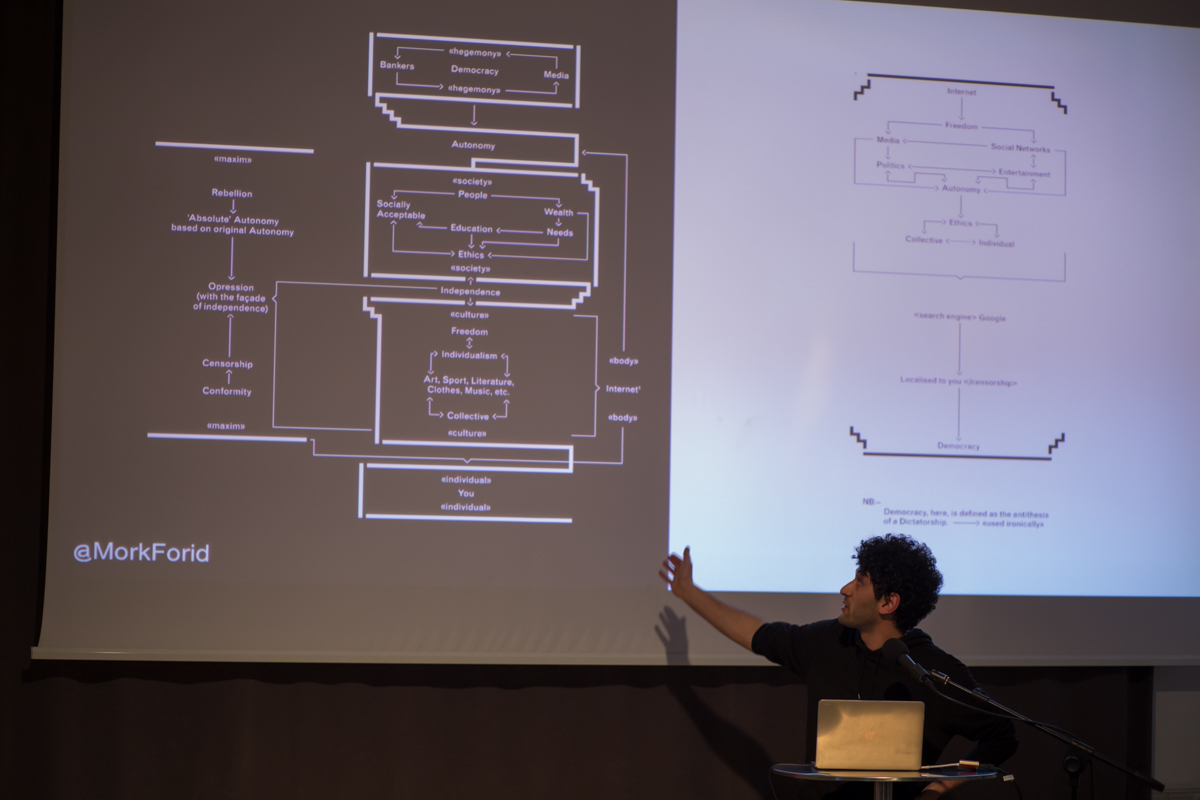 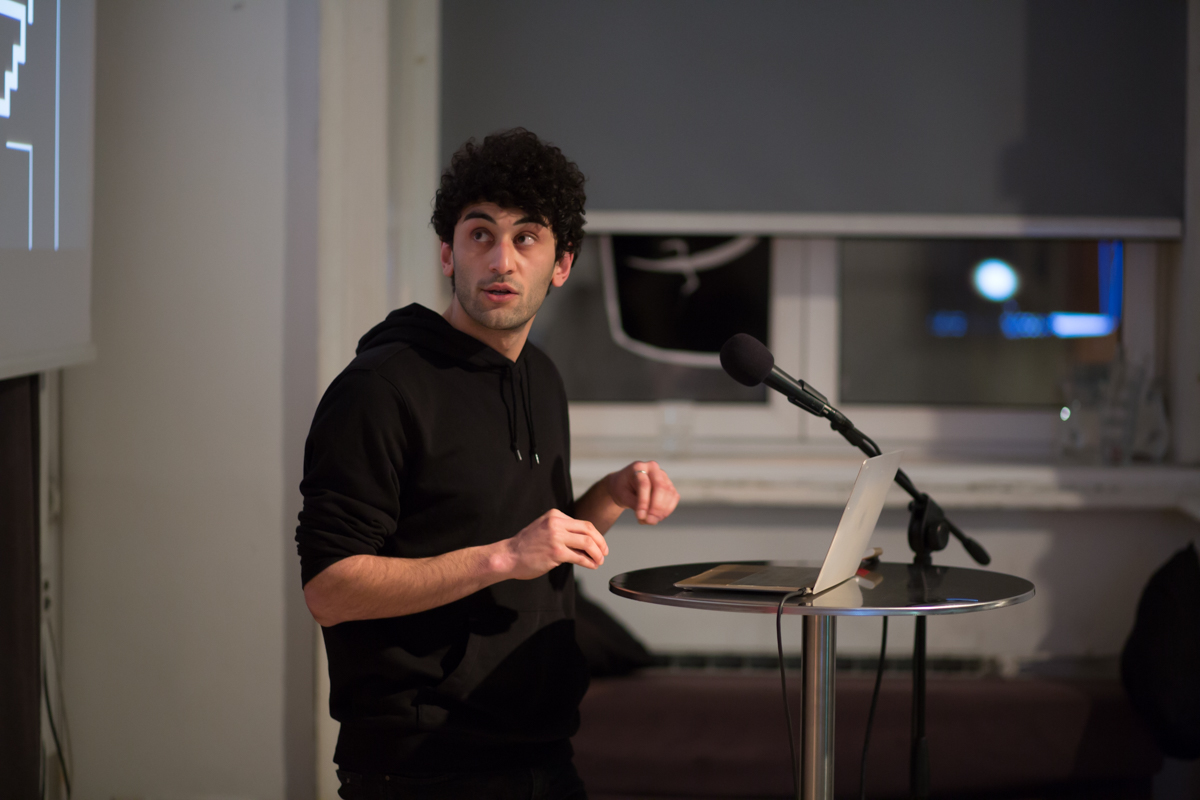 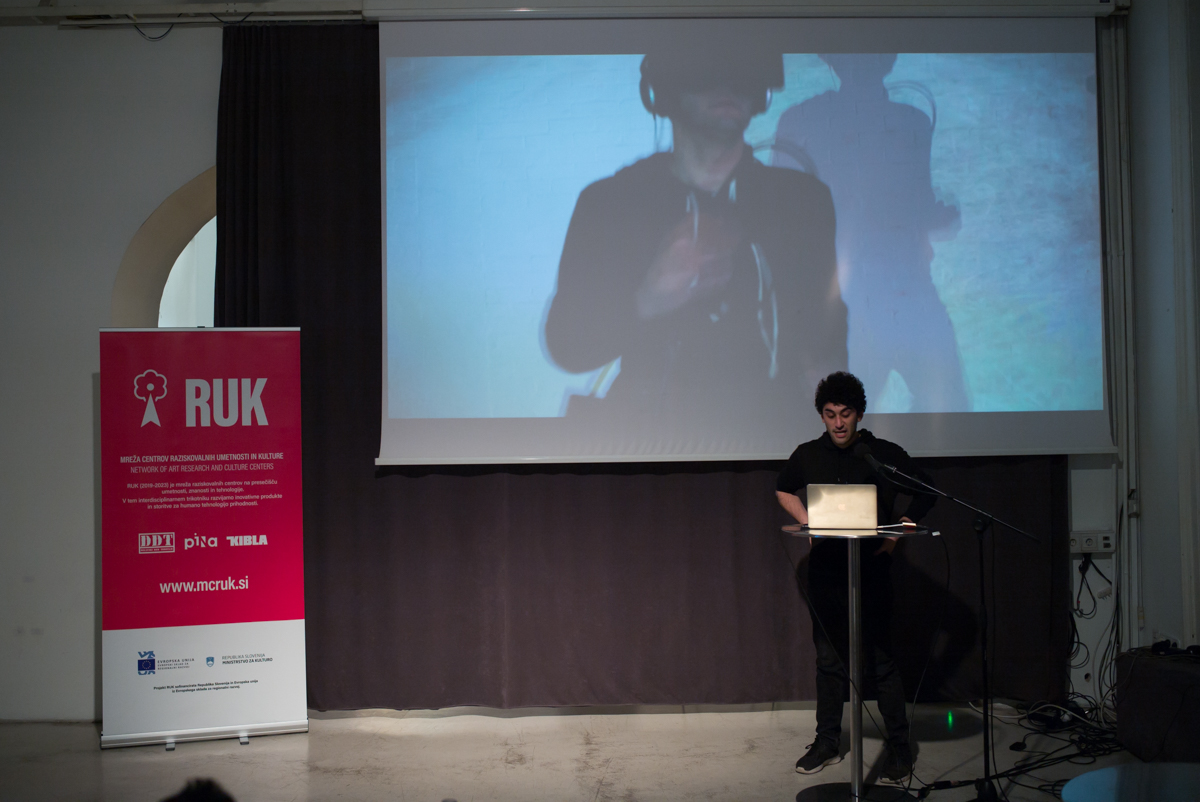