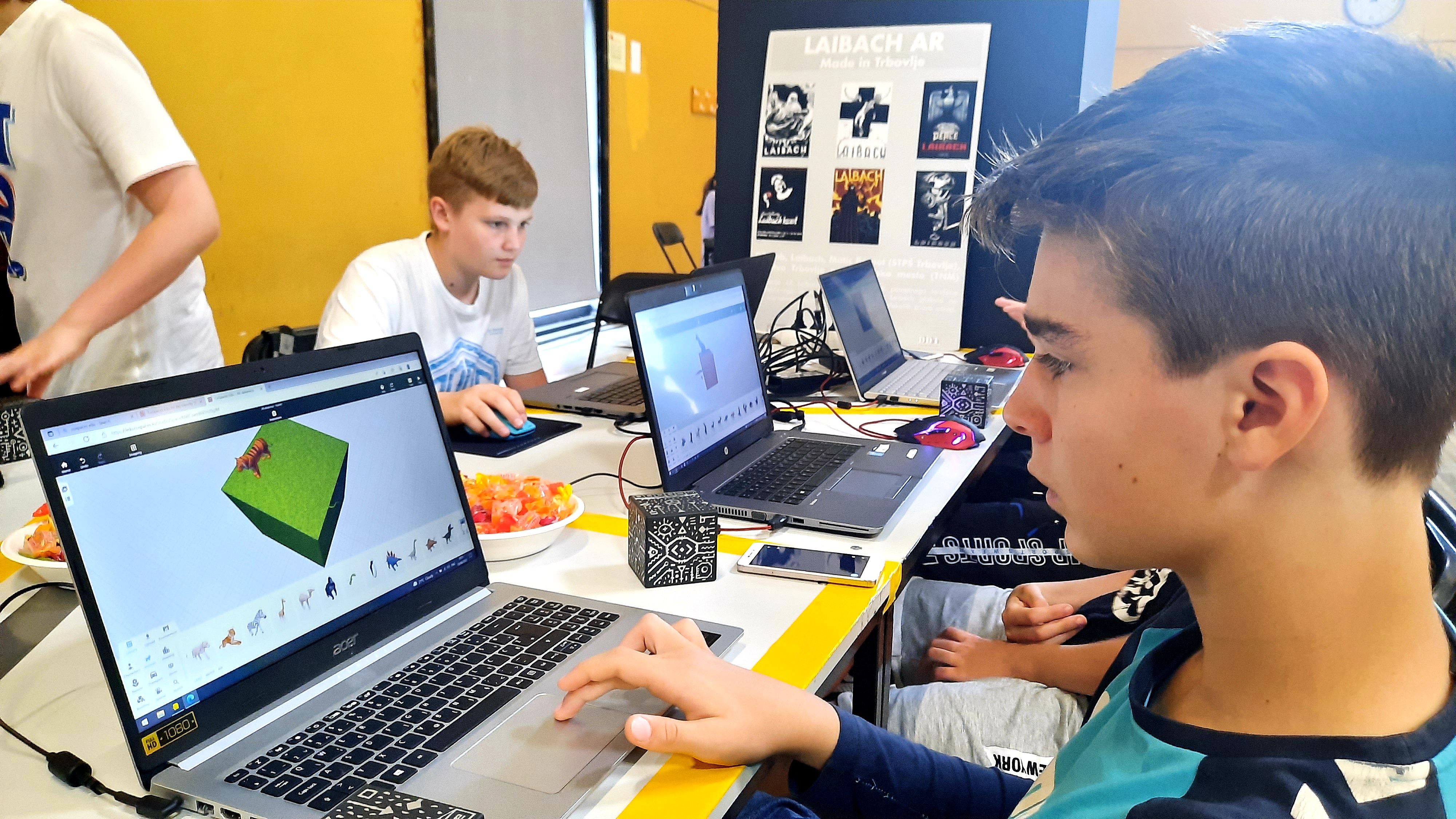 As part of the accompanying program, we presented project NeuroYaski – painting with minds, while visitors could draw using BCI interface and Yaskawa's Yaski industrial robotic arm. We also introduced the robot Eve and the AI comics project, where visitors interact with a humanoid robot and artificial intelligence (AI) to co-create comics. We also held an Augmented Reality (AR) workshop with the Merge Cube, where primary school children created their own AR creations.