DDTlab is a Guest at the Slovenia festival in Brussels 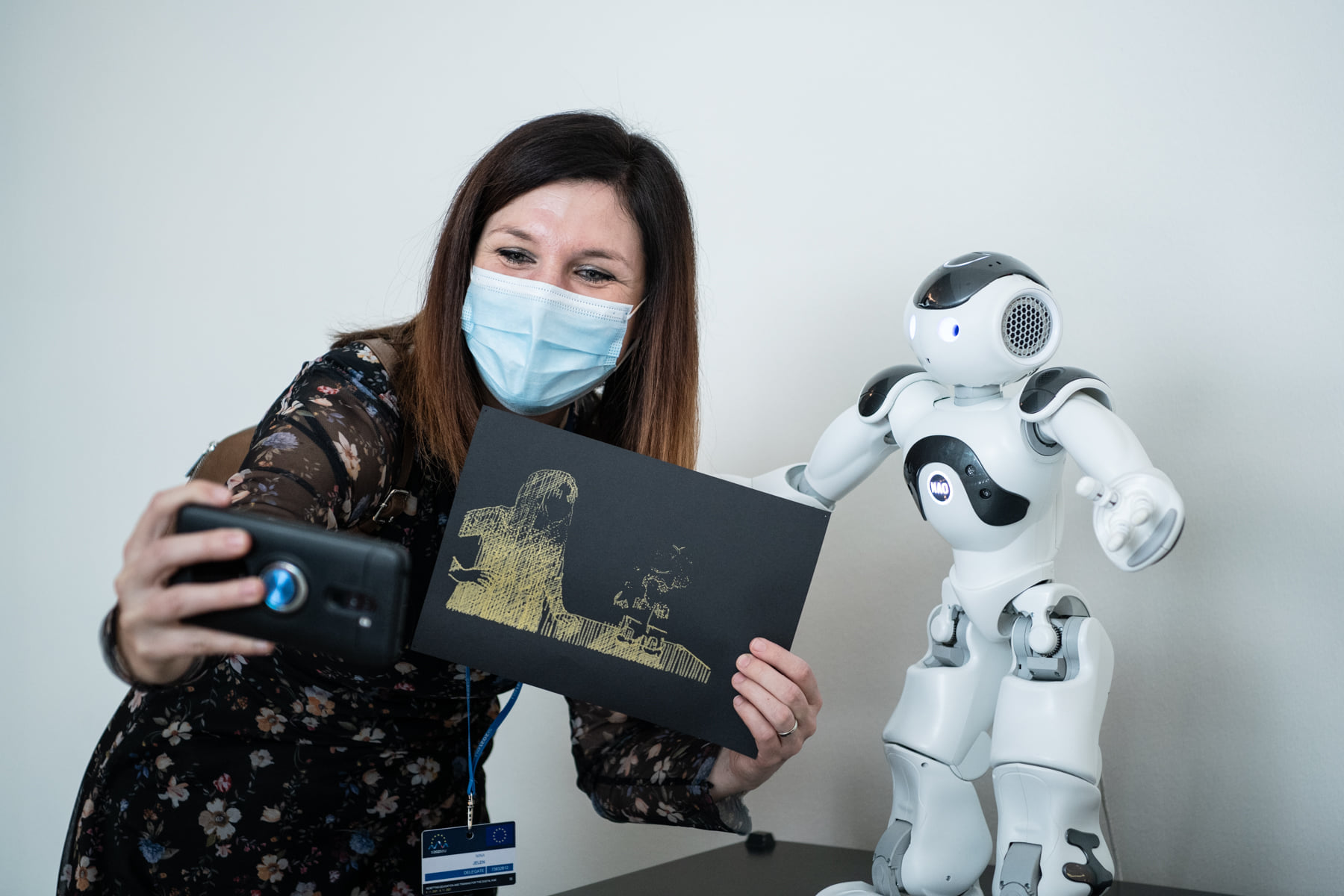 The DDTlab of the RUK network continues to be actively involved in the events taking place in the framework of the Slovenian Presidency of the Council of the European Union!

This time, DDTlab's Head of Laboratory Dr. Maša Jazbec and programmer Žan Rajšek will take part in the promotional event of the Slovenia festival, which will take place at the end of Slovenia's Presidency of the Council of the European Union (EU) in Brussels, Schuman Square, between 29 November and 1 December. At the event, Maša and Žan will present another active member of the DDTlab collective, the humanoid robot Eva, who will delight the festival’s guests with her charming performances.

In addition to Eva's performances, DDTlab will also present its 360° video Vertigo Bird 2020, which will offer visitors a virtual climb up Europe's tallest chimney. An international symposium on artificial intelligence will also take place as part of the Slovenia festival in Brussels, with a lecture by Dr. Maša Jazbec.