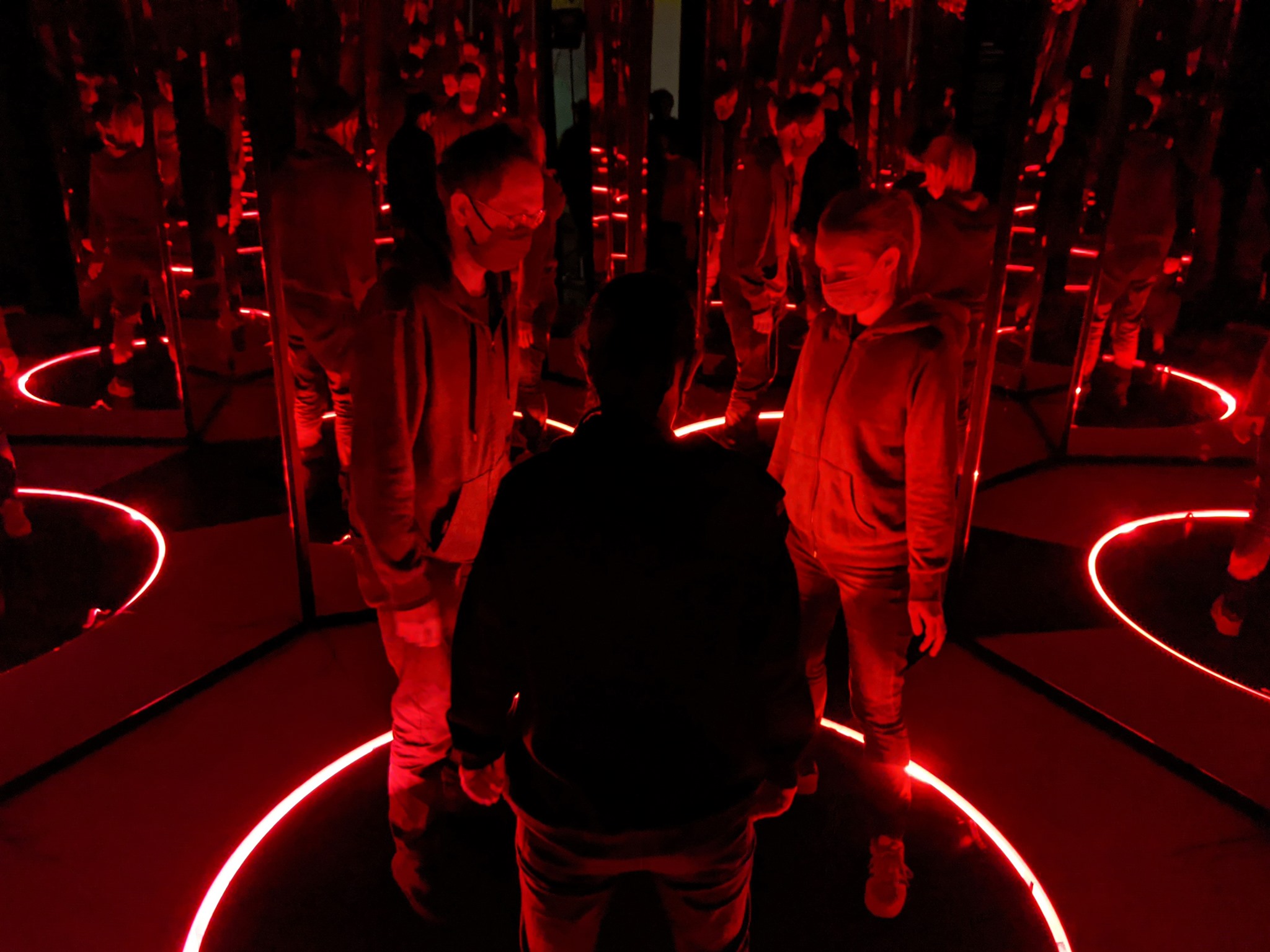 The spatial installation in the Besenghi degli Ughi Palace commemorates two preserved codes of Divine Comedy with commentary, created at the end of the 14th century in Izola by Pietro Campenni. The negative connotation that copy and copying usually take in relation to the original turns out to be wrong when following the semantic development, as copia - and the resulting adjective copiosus (also verbal, eloquent, imaginative) - in Latin Dante's time was still lingua franca, signifying abundance and wealth.

The abundance and richness of the copying of the Divine Comedy is a testament to the passion of the readers and researchers who became entangled with this text and because of which it has been preserved at all. However, in the absence of any of Dante's autographs, both a happy circumstance and a curse on philologists at the same time. Dante copiosus, except for two, does not cite verses from the Divine Comedy, but therefore places the visitor at the center. To confuse this abundance among key information, sensory stimuli, and numerous reflections.