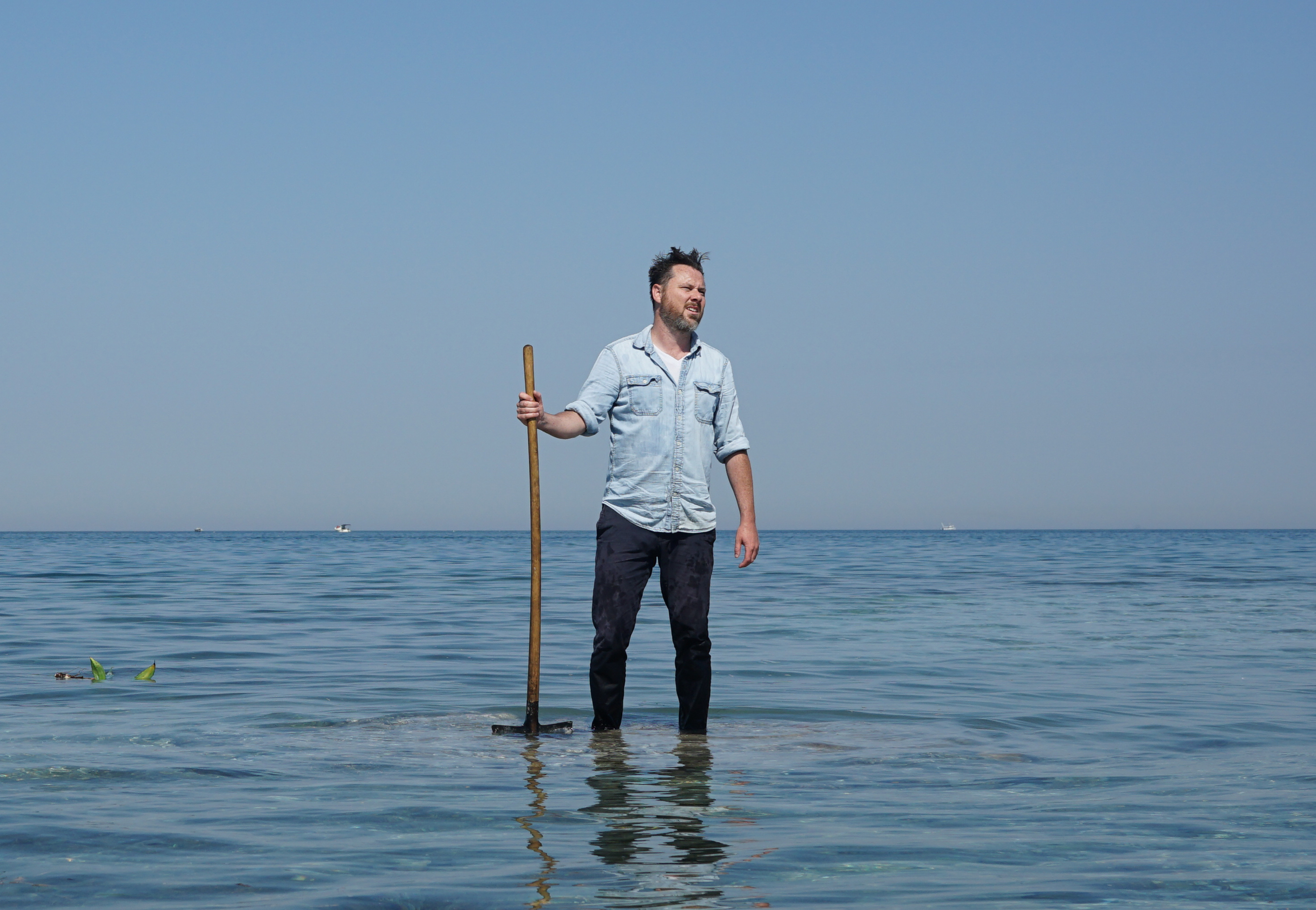 Brad Downey (1980, Louisville, Kentucky) can best be described as a conceptual artist and the most famous stranger. Downey, a master of fine arts and sculpture, developed his skills at the Slade School of Art under the mentorship of Bruce McLean. In 1998, at the Pratt Institute's initiative, he decided to continue his life in New York. Downey's projects distort the habits and conventions of the urban environment and cast doubt on norms that are so firmly embedded in society that it perceives them as real and appropriate rather than restrictive and invasive. The lack of discourse and dialogue is a theme that Downey touches in each of his works. These question customs and moral values and encourage viewers to re-evaluate their environment.

He has exhibited at venues such as Tate Modern, the Institute of Contemporary Art in London, the Massachusetts Museum of Contemporary Art in the USA, the Kunsthalle Dominikanerkirche in Osnabrück, the Kunstcentret Silkeborg Bad in Denmark and others. He also made several free, mass works of art outside the enclosed exhibition space. He has been creating his radical and inspiring works worldwide for the last two decades, and in recent years he has been working mainly in Berlin.

He found himself in Slovenia for the first time almost by accident, after a call from a Ukrainian friend who was interested in coming to Slovenia for a haircut. Downey responded to the invitation and, together with other participants, attended the Fotopub festival in Novo mesto. All of them were a part of the group show with the same hairstyle.

During the exhibition, he got the idea to explore the homeland of Melania Trump, whose work and life he followed from the migrant perspective. Being an American who is no stranger to the European perspective, he felt a responsibility to explore the environment in which she grew up. His idea was carved into a wooden statue of Melania Trump with a chainsaw by Aleš Župevc - Maxi. It is located near Sevnica.

Melania's copy was exhibited in Berlin and the Ljubljana Vžigalica Gallery. The story also received overseas media attention, CNN, and some other media houses. He now wants to add a new kind of cultural value to Melania's work and analyze the depth of artistic creation.

He returned to Slovenia often, most recently before the start of quarantine due to the positive experience. He wanted to stay here only for a few days due to some works of art, which soon turned into months due to the epidemiological situation. Thus, he remained trapped in Slovenia with projects that were already underway and were given a new form. At the same time, the environment of Izola, where he lived, inspired him to such an extent that he managed to create new works and as part of our project residence, collaborating with CO Nanocentar, name: intermedia artist Marko Vivoda, Rok Pahor, and others.

One of the results of the collaboration with the CO Nanocenter is the work Space on a Grain of Sand. The idea was to carve into the smallest unit still suitable for processing, and that was a grain of sand from Santa Barbara, California. With the help of a colleague from the CO Nanocentre Bojan Ambrožič, using a focused ion beam, they "carved" an image from a Sumerian stone tablet on grains of sand. The second project is still ongoing. As part of this, they are restoring important foreign work of art from a layer of a painted wall using X-rays and infrared images.

There are new projects on the horizon, inspired by the community he lived in, artists and friends whom he made new acquaintances with, and created various artistic projects.