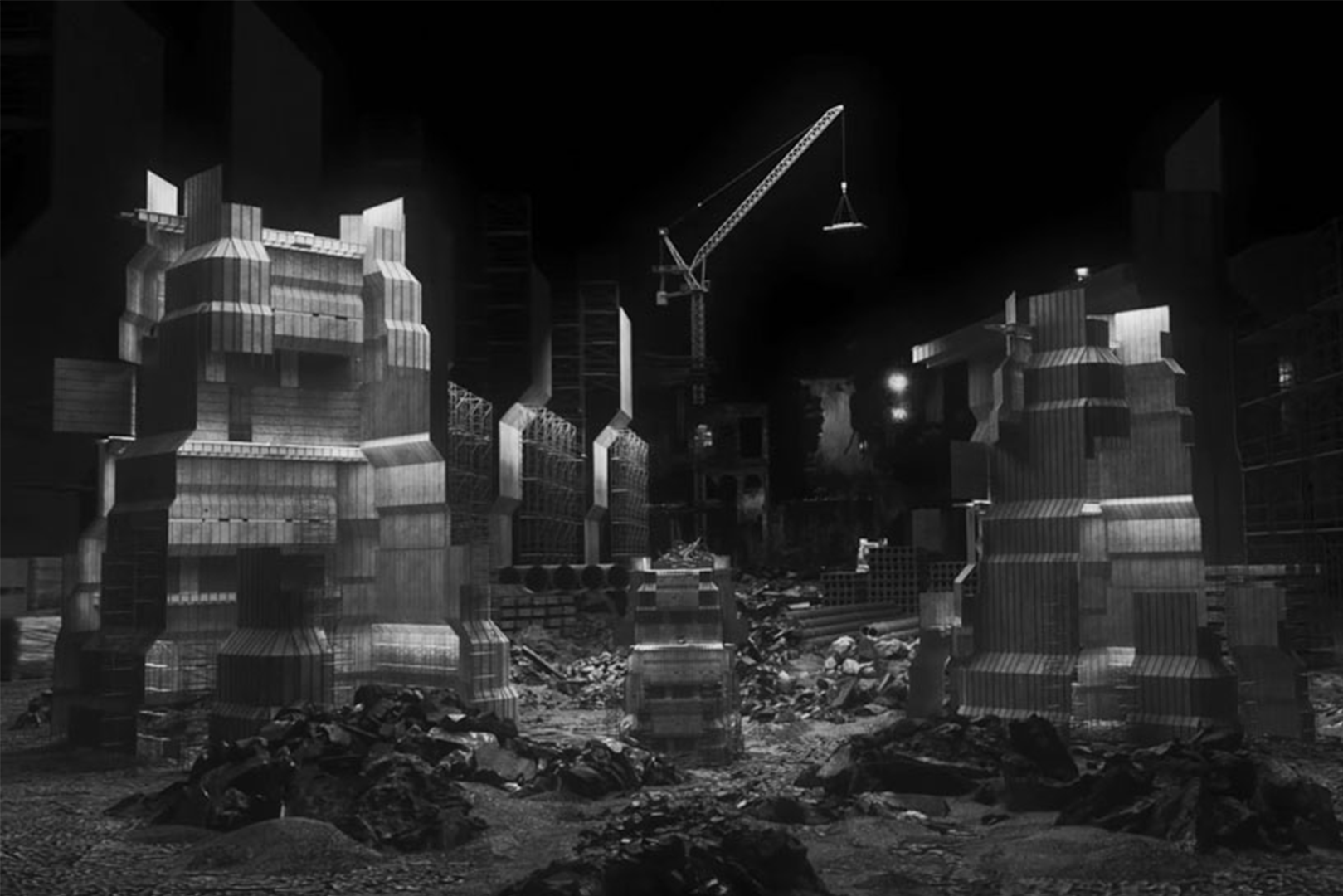 KIBLA2LAB is hosting its second international art residency. On Sunday, 15 August, the artist Vojtěch Rada from Prague arrived in Maribor.

He is interested in creating and placing a VR experience in space as an installation that connects real environment with the virtual, thus using VR environment to upgrade the real. He is also interested in developing a brief VR experience with interactive objects that users can grasp and explore. In his work, he is currently working with a sound designer for sound effects in VR, thus emphasizing the importance of sound in the VR experience.

Vojtěch Rada is an artist and architect devoted to the examination of simulations and world-building. He often expresses his thoughts by using game engines, 3D rendering software, but also by writing novels, gamebooks, or simple hand drawings and physical installations. Instead of the physical architecture, he is more fond of using his architectural skills to make interactive environments, videos, or computer games to deal with topics like simulation, copying, distance, and overcoming it by using technology. The created situations lack a clear goal, PC games and gamebooks cannot be won, and novels and gamebooks lack the end and the beginning. They are meant to be part of the world, with an open end and unclear beginning. Rada likes to dive into strange situations which are hard to describe with reason and logic. He offers a complimentary reading of the events and situations, which are hard to grasp, all based on own, limited, and probably highly doubtful personal experience. He tried to collaborate with the Nollywood CGI industry, he failed, so he ended up helping to produce a 3D animated movie for an unknown email scammer, who emailed Rada, saying that he is stranded on a Russian extraterrestrial vessel since 1979. He was fist fighting with his best friend dressed in a yellow hazard suit in front of the biggest nuclear power station in the Czech Republic. Nothing happened, so he went to the visitor center to borrow uranium successfully. Rada designed several architecture projects on very lucrative spots in Prague, taken for centuries, with no ambition for realization. For example, the proposed buildings were a house for poor and unsuccessful architects, a house for worshipers of the atom, or a house designed to bury the graveyard and subsequently itself. Rada slept in a self reconstructed modernist torture cell, having a bad dream about an infinite number of dirty toilets ordered in a very modernist grid. Or he made several Styrofoam copies of old furniture, facades, rusty handrails, and chairs. He wrote a short book and small PC game about two geodesics, trying to measure the world they are in. Some visitors sat on the chairs and destroyed them, even though they were white and completely unrealistic. The visitors wanted to read a book. So as one might or might not see, those things have a few things in common. It is a notion of distance since it is hard to get inside a nuclear power station, move to Nollywood or demolish five centuries-old churches. It is clear that Rada does not want that, so he uses various types of simulation, new technology, or old tools to get to these unreachable places.