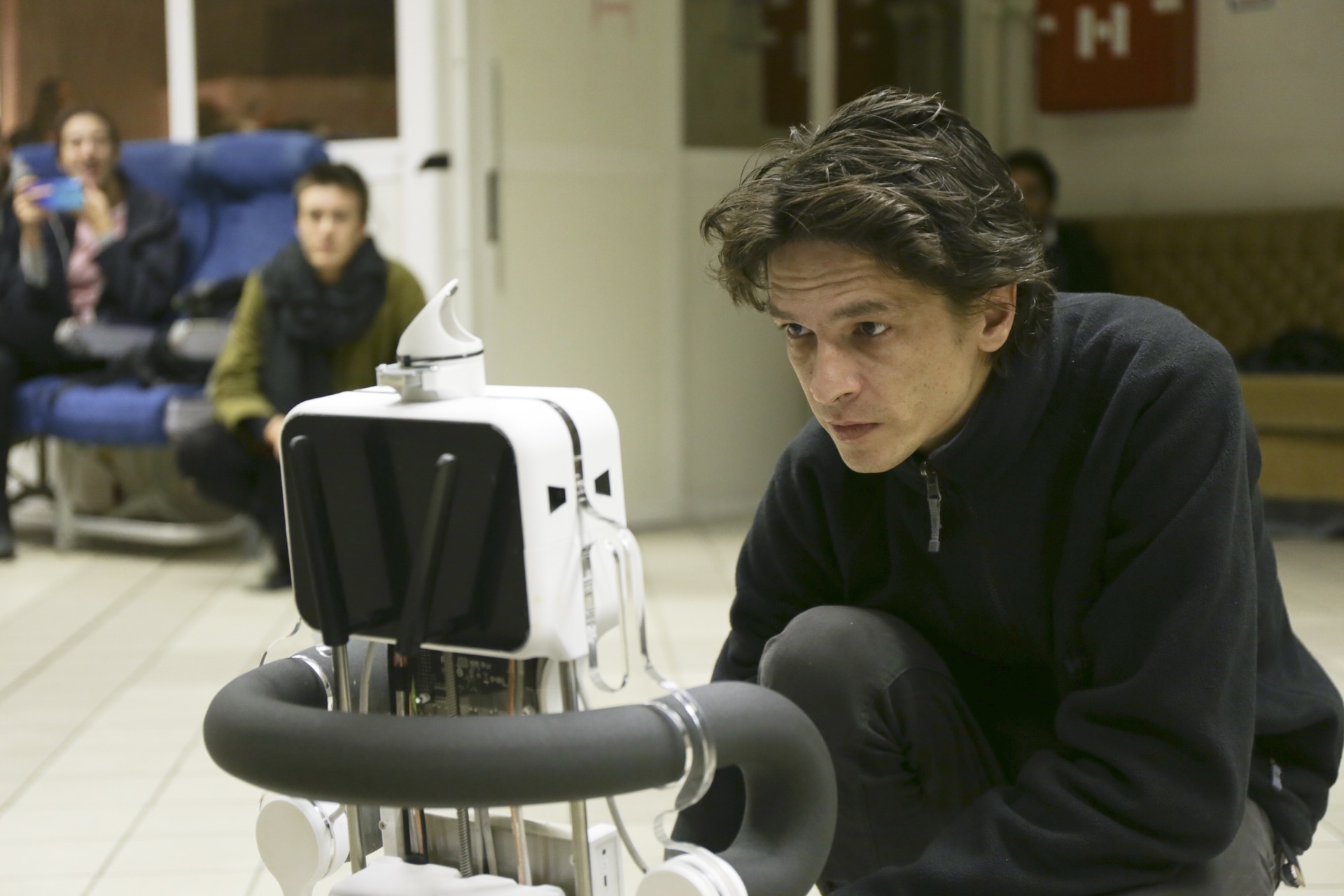 On Thursday,15 July 2021, the artist Boštjan Čadež – Fšk arrived at the art residency at PiNA. As part of the residency, he will work on upgrading his project Mr. Processor, Do You Understand Life?, a self-aware AGI, where the robot presents a sci-fi scenario in which the artist plays with people's fears and ignorance of the current state of artificial intelligence, which can learn only from input data sets.

Mr. Processor is a two-wheeled robot, about 1 meter tall and randomly moving around the gallery. It uses its sensors and camera to detect obstacles and people in the room.

The work itself offers a surprising, ironic look at what it would mean to transfer humanity into a machine – and is, ultimately, more a mirror to us than the so-called »intelligences« born of our Promethean dreams.

Boštjan Čadež (1979) is an intermedia artist. He studied industrial design at the Academy of Fine Arts in Ljubljana. He received recognition for exceptional study achievements for the design of the Sporty tire, which is still produced and sold by Sava tires today. At the same time, he was active as a graffiti artist and published three compilations of sound-responsive animations on the website of the then-popular Winamp mp3 player. With the interactive computer toy Line Rider (2006), designed under the mentorship of Professor Zdravko Papič, he was successful in the global market and received the prestigious Innovation Award for his work at the meeting of computer game developers in San Francisco. At the 13th Biennial of Young Artists from Europe and the Mediterranean (2008), he and Velibor Barišič (Veli Silver) designed the PPP box project. Several dozen artists exhibited in important galleries locally and internationally. He is active in the field of real-time video projections. He is one of the key creators in the field of video mapping in Slovenia. Together with the intermedia artist Marko Batista, they designed the performance Timing Diagrams (Kino Šiška, Stara elektrarna, +MSUM, 2013). In 2013 he also received the Golden Bird Award in the Intermedia Arts category. In the same year, he developed the robotic installation Self-Portrait in the production of the Aksioma Institute (Aksioma Project Space, 2013). With real-time video projections, he works as a member of the extended team of the art group Cirkulacija 2. Among other things, he mapped the facade of the Research Centre of the Slovenian Academy of Sciences and Arts (2010).