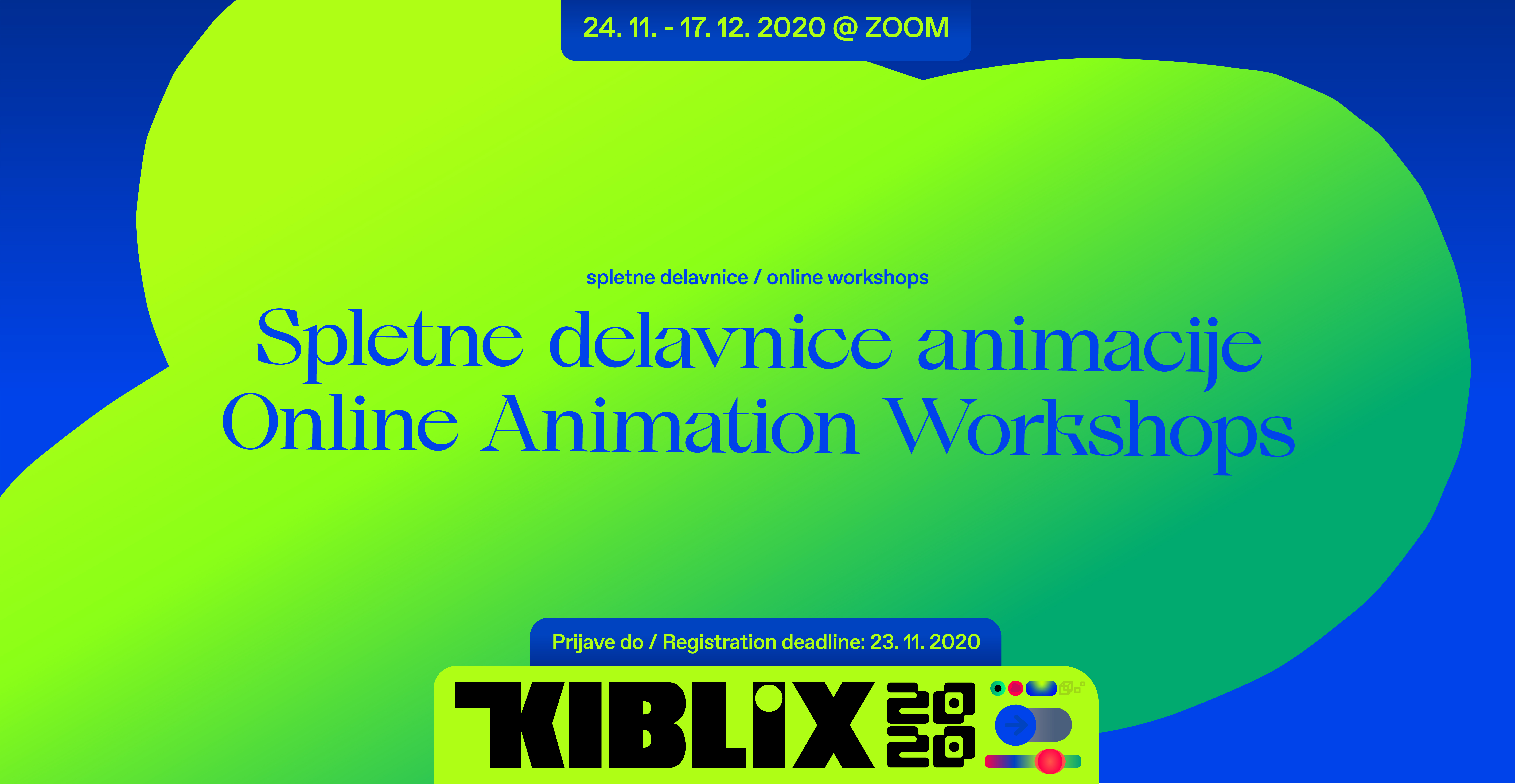 We are pleased to announce online workshops of creative computer techniques led by animator, video and multimedia artist Jože Slaček nad videographer, photographer, director, graphic designer, illustrator and producer Kristijan Robič. The workshop will provide participants with the characteristics of creative projects made using pre-recorded film or video sequences, which are translated into animated pictures. The workshop will take place via an online page, which will provide descriptions of various techniques, from recording, converting the image into strings of drawing images, synthetic and collage animation techniques.

Rotoscoping is an animation technique used by animators to line up film footage, frame by frame, to create a realistic action. At the workshop we will learn what can be understood as rotoscoping and how to use different software such as image capture, graphic and video animation. At the workshop, participants learn about what can be understood as rotoscoping and be able to learn how to use the image-capture software, as well as computer programs for graphics, and video animation. Cameras or video cameras will be used during this workshop.

The workshop is intended for those without previous experience and  those who would like to upgrade their knowledge. We will learn about the characteristics of art projects made using rotoscoping techniques; in groups, we will design and make short animations. We will learn about the diverse uses of equipment and software for creating graphics, moving images, animations that can be used for gifs, animated graphics, or clip art.

The workshop will be led by Jože Slaček.

Motion graphics is an animation that creates an illusion - from movement to rotation - and is commonly used in multimedia projects in combination with sound. Motion graphics are most often played on electronic media, but it can also be played with manual or motor techniques such as thaumatrope, phenakistoscope, stroboscope, Zoetrope, and flipbook. The term distinguishes static graphics from those with transformation over time without too much defining the form itself.

Motion graphics go beyond the most commonly used methods of filming and animation. Motion graphics differ from typical animation in that they are not based solely on stories and often represent animated abstract shapes and characters, such as logos or logo elements. Although any form of experimental or abstract animation can be called motion graphics, the term more explicitly refers to animation's commercial use and effects for video, film, TV, and interactive applications.

Ever since motion graphics first appeared on the scene, the boundary between it and perfect animation has been debated. Motion graphics is animation, but its main component is text. It is an animated graphic design. The graphics movement is a way of communicating with the viewer and adds depth to the story. Compelling graphics, along with music, can make it easier to convey messages to us. We use motion graphics to create ads, movie title sequences, videos, and to share information.

The workshop will be led by Jože Slaček.

Animated photography is a simple animation created from/into the photo(s), which creates the illusion of movement, as it changes its appearance over time due to added movement. It can be used in multimedia projects, advertising, fun .gif animated messages, etc. The background can be animated, as well as details of the photo, larger or smaller areas, elements for movement are added, video and sound can be included.

In the workshop, we will learn what can be understood as "animated photography" and learn how to use the equipment/software needed to create animated photography, and how to develop and process animated photography. Teleworking is intended for young people without experience, as well as for those who would like to perform better with computer tools. We will design and perform short animations in the group; the sessions will take place on 14. and 17. december. During the sessions, the participants will work independently.

The workshop will be led by Kristijan Robič.

Jože Slaček is na artist and creator working in the field of video, animation, and multimedia. In the 1980s, he was an active member of the creative group Inkriminalni kolektiv and a member of the anarcho-punk group Anarchromixz. During this period, he was mainly involved in photography, created by scratching the film, graffiti, and short comics, and later, he was attracted to the creation of cartoons and videos. In the early 1990s, he began devoting himself to computer art, organizing several series of projections and presentations as part of the Virtual Reality program, and later also the series Theory of Contemporary Art. He is the first artist in Slovenia to work continuously in the field of intermedia art (since 1993) regularly, organizing lectures, screenings, exhibitions, and festivals. He is the initiator of international festivals of computer arts in Maribor, the first of which took place in 1995  He has been involved in numerous productions and book projects? (Cyberfeminism, In the Insides of a Computer, Stelarc, The Future of Computer Art - 10 Years MFRU). From 1995 to 2008, he led and was the occasional selector of the MFRU festival. He also participated in creating the MFRU hyperfilm and constructing the AV archive of the Computer Arts Festival. In 2009, he implemented the projects MFRU TV - Web TV, Robot Store, and Virtual Organisms. He participated organizationally and authorially in the implementation of VR projects - spaces and forms, hyperFacade on the facade of the Cultural Incubator, Museum of Robots (together with Meta Kordiš and UGM), nanoArt, and Cyber Theater.

Kristijan Robič has been creating in various cultural and artistic fields since 1994. He works as a director, editor, producer, screenwriter, sound and image editor in the audiovisual field. His works include short feature films, documentaries, animated films, short contributions, and musical and experimental videos. He is a photographer, graphic designer, and illustrator.

Workshops are free of charge. Apply by sending an email to irena.boric@kibla.org