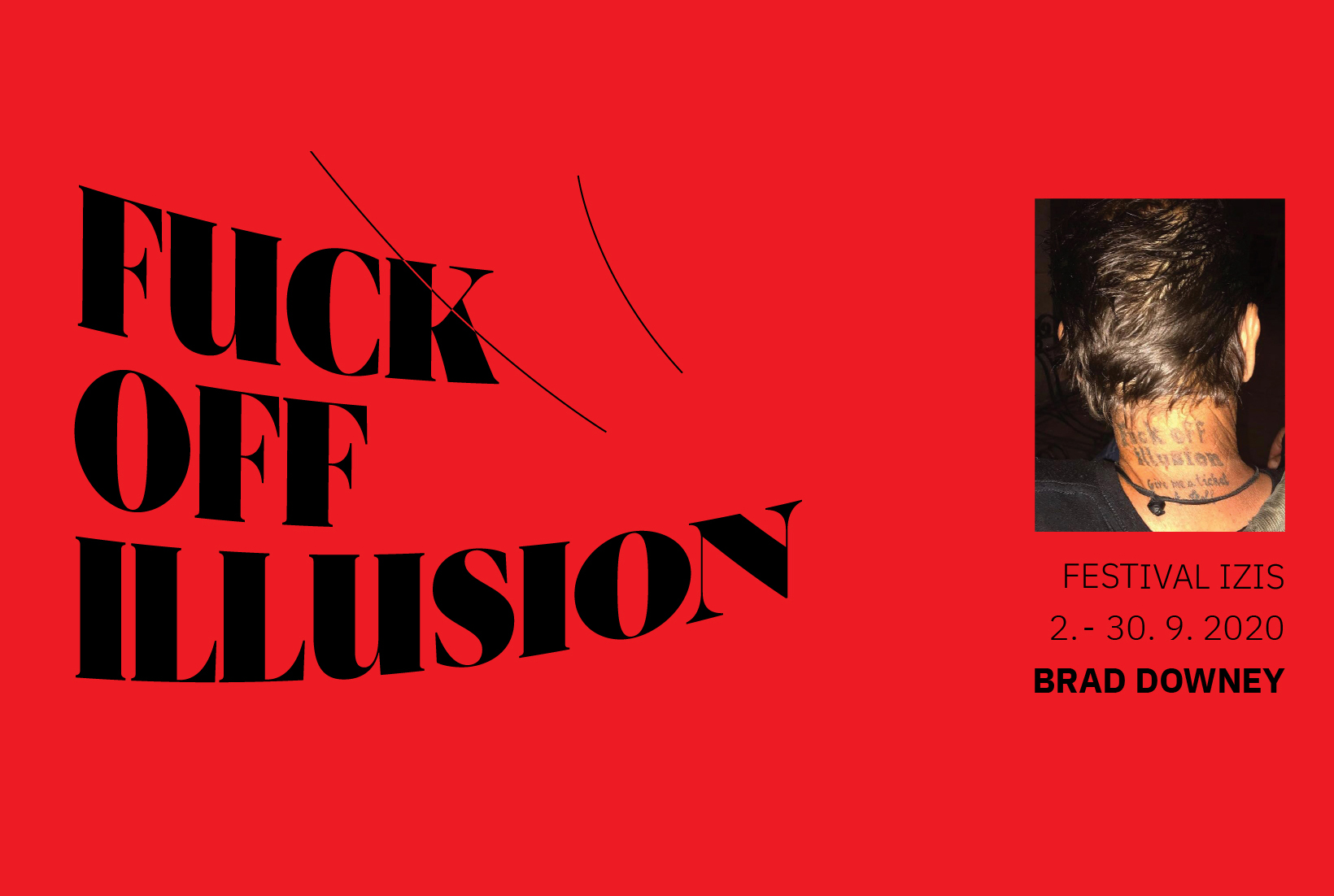 This year’s 8th edition of the festival, boasts a retrospective exhibition by the conceptual artist Brad Downey, titled Fuck off Illusion.

The festival will open with a guided tour of the exhibition, on Wednesday, September 2nd, at 8 p.m.

One immediately noticeable thing about the works shown at Brad Downey’s exhibition Fuck off Illusion is the date of their creation, or at least the date of their completion. As I write this, many of them are in fact still unfinished. Because of this, the exhibition could be read as a retrospective of the present moment. With all its contradictions and perplexities. As if the captivity in which he found himself was in itself an attempt to answer the question the artist raised with his first work realized in Izola, soon after the pandemic broke out: “Are we dealing with a form of mass psychological torture?” Or: a new world order?

What is the illusion that must, as the title of the exhibition commands it, fuck off? Is it the world as we knew it, or is it the world we are faced with now, the world suspended in mid-air? And even if this topical, even momentary response to historical circumstance might seem to be premature, I will try to show how all the contradictions are contained within it. Whatever is momentary and actual in Brad’s work is always juxtaposed with the distant and the delayed. As many layers of time and space there are stretching between the elements, playfully set against each other, there is just as much of that which cannot be easily integrated into our understanding, cannot be easily seen with the naked eye, and cannot be simply dealt with as with something arbitrary.

Given what we said, I cannot go past the etymology of the word illusion (lat. illusio – trick, mockery, ridicule, from ludere – to play, to mock, to trick). Because the world that we designated as suspended in mid-air and standing still did not in any way discontinue the irresistible game of becoming and within this game all the appropriation, concealment, and treachery. Plutarch offers a far-reaching connection with Isis, when he tells us that on the temple of this Egyptian goddess in Sais it was written: “I am all that is, all that will be, and all that was. And still no mortal has yet lifted my veil.” On the other hand, the connection with the festival Izis is real in all the banality of the everyday, if we think about the quarantine family formed in Izola during Brad’s captivity. Real human relationships at a time when relationships were prohibited.

And the mysterious coincidence linking the festival Izis with the Fuck off Illusion exhibition goes further, if we know that it was in the temple of Artemis (another of Isis’s pseudonyms) in Ephesus where in 500 BCE Heraclitus, called The Obscure, left his written texts, containing one particularly meaningful: “Nature likes to hide.” And if we reveal that the title of the exhibition comes from a tattoo that Brad saw on the nape of someone walking around Izola. This someone also frequently repeats this sentence as a mantra. A constant reminder to let go of self-deception, tattooed where the person cannot even see it!

This year’s edition of the Festival Izis: Fuck off Illusion is thus perhaps about the very thing that has always been and still is hidden in plain sight. Free play, as the thing most common and inalienable to the mortal man. Brad Downey underscores it with his self-portrait, moving in the dark. Free play, suffering no claim by any obscurity.