HEKA Laboratory Has Opened in Koper 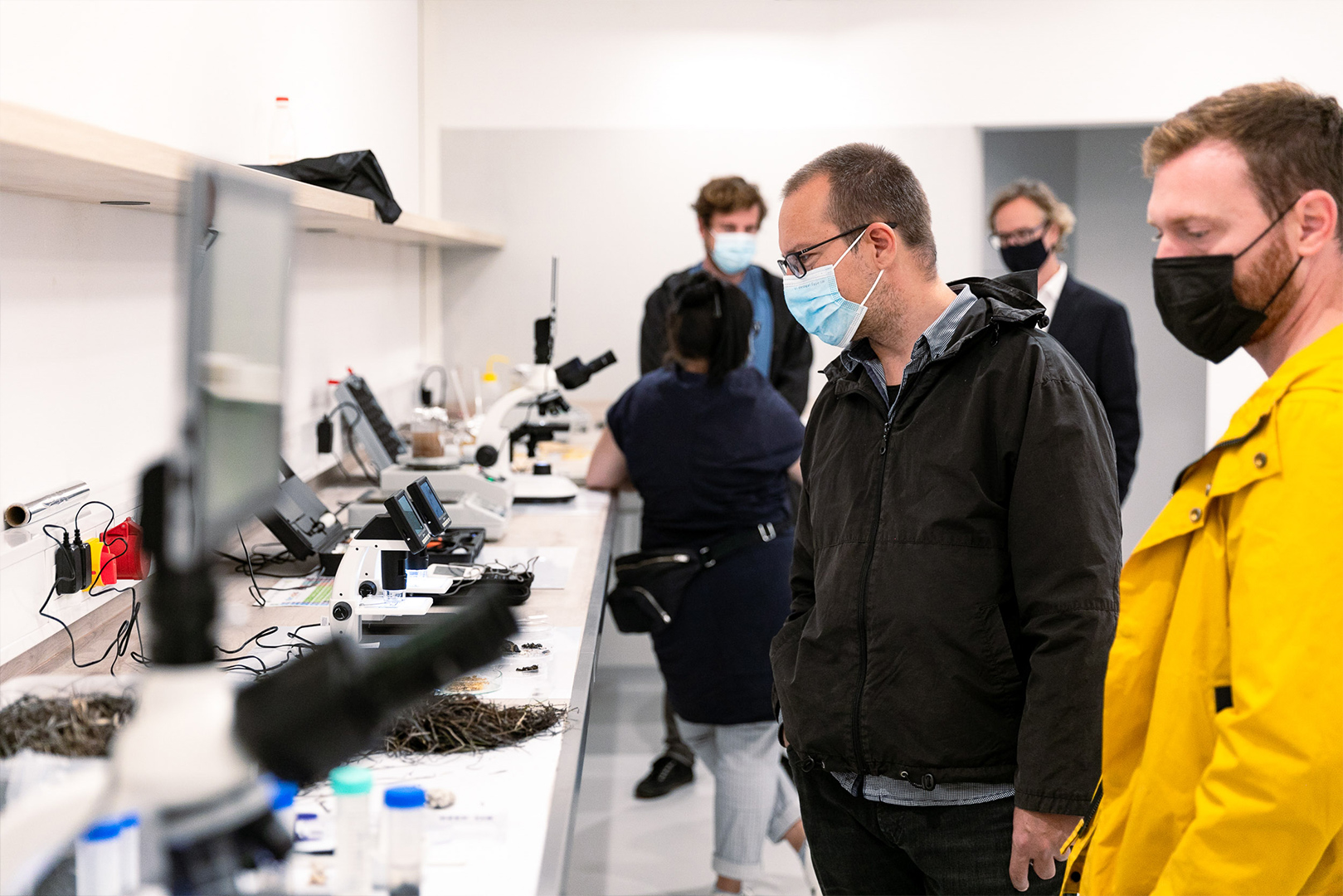 The last, third laboratory within the RUK network was established – HEKA in Koper. It is the first laboratory at the intersection of art and science in Istria. The laboratory will present good stories of interdisciplinary connections in the amphitheater behind the Koper Arena Bonifika.

It is a laboratory based on the concept of citizen science. As Borut Jerman from PiNA states: »Creativity and art have a vast potential in tackling various challenges; on the other hand, the economy is constantly looking for innovation and development, and science is facing one of its biggest crises of trust. I believe that such spaces succeed in realizing the synergies of different approaches and effects that can contribute to innovation, trust, and progress. HEKA is undoubtedly such a space.«

The fundamental mission of the laboratory is to establish the awareness that technology, art, and the economy affect the individual and society. »We want to bring these areas closer, in coexistence to society and individuals,« adds Borut Jerman.

On behalf of the Ministry of Culture, those present were greeted by Mag. Aleksej Adrijan Loos who pointed out: »HEKA laboratory is a platform, the foundation of cooperation and connection between very different stakeholders, which opens new visions, new universes, precisely through art and artistic thinking.«

Deputy Mayor Mario Steffé attended the event on behalf of the Municipality of Koper, who said: »In our Municipality, we are well aware of the role of modern intersections and non-governmental initiatives. And also the importance for the people of Koper, Istria, the border residents, and the wider area. PiNA always inspires with visions and development projects designed for the benefit of the entire population, and thus local communities as a whole,« adding that creating a platform imbued with environmental activism is »an ambitious act that builds synergies in society in the long run.«

HEKA will work in the areas of research of human impacts on the marine ecosystem, spatial sound reproduction, and biomaterials. We have also established cooperation with the Secondary Technical School of Koper to implement laboratory work in the educational program of mechatronics techniques.

The principal of the Secondary Technical School in Koper, Iztok Drožina, gave meaning to the cooperation: »For a long time now, education does not take place exclusively in schools. If we want to offer our students something more than the school can offer, I am convinced that this space, with these people, will enable them to do so.«

The common thread that connects the thematic areas of the laboratory is tackling the climate crisis and its consequences.

This is also the theme of this year's 9th edition of the now well-known IZIS festival, also produced by PiNA – Association for Culture and Education. 2200 UND3R, as this year's edition is named, will be opened at the Libertas Warehouse in Koper on 24 September 2021 at 8 p.m. Part of the festival program, which will last until 15 October 2021, will also be carried out in HEKA.

HEKA will open its doors to the general public with the opening event on 1 October 2021, at 8 p.m. in the amphitheater behind the Bonifika Arena (Cesta Zore Perello – Godina 3) in Koper.

--
The laboratory was created as part of the RUK project, a network of research centers at the intersection of art, science and technology with the support of the Ministry of Culture, the European Regional Development Fund, and the Municipality of Koper, in cooperation with the Secondary Technical School in Koper.