The Second Edition of the Design+Science Summer School Has Ended 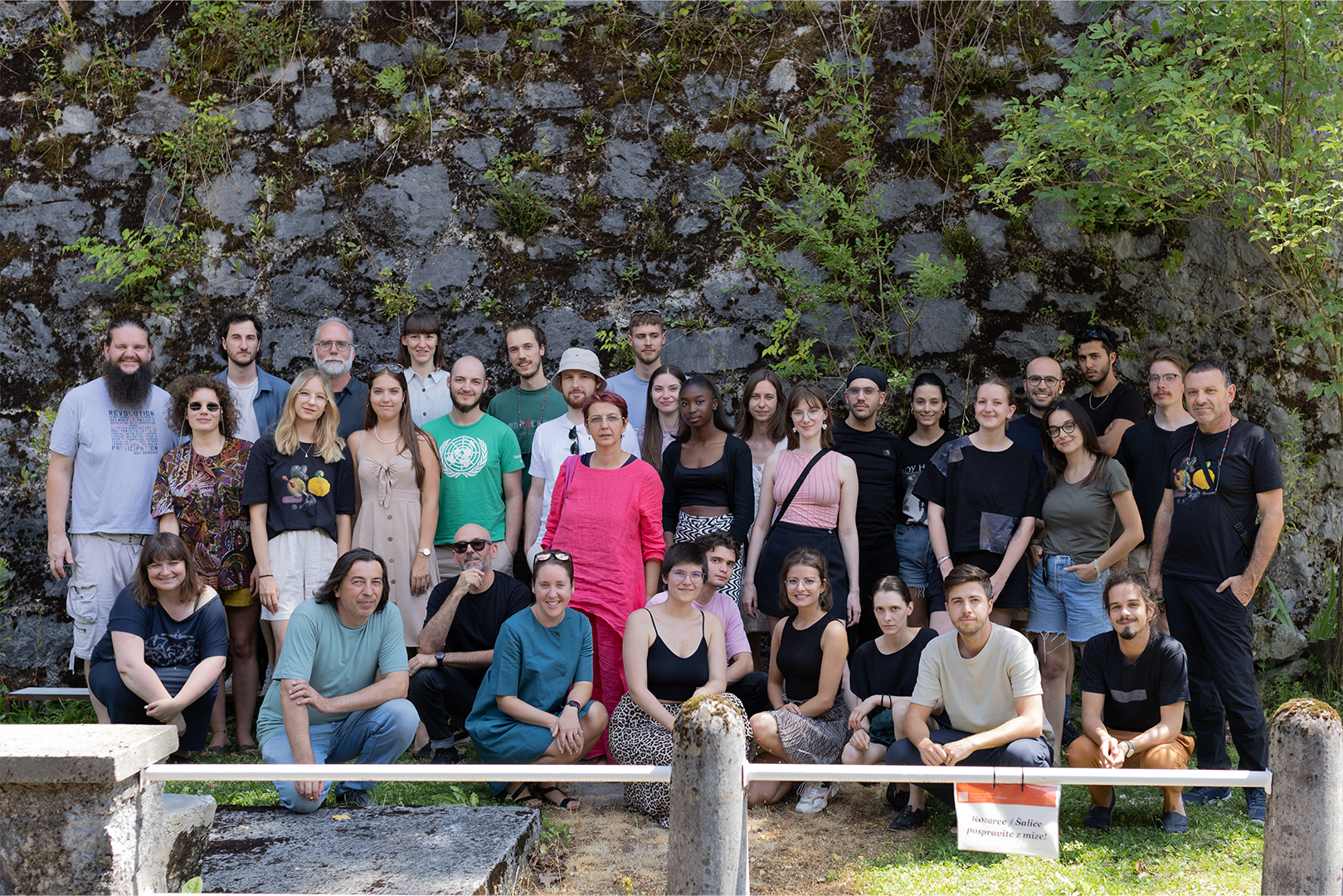 The second edition of the Design+Science Summer School, which took place in Ljubljana from 11 to 15 July 2022 and was dedicated to different concepts of coexistence, has come to an end. The University of Ljubljana (Academy of Fine Arts and Design and Faculty of Chemistry and Chemical Technology), together with the Association for Culture and Education PiNA and partners Institute of Design and Communication at the FH Joanneum University of Applied Sciences in Graz and the Department of Visual Communication Design at the Academy of Art in Split, prepared an intensive program full of innovative elements that broadened the horizons of the students and other participants about different concepts of coexistence.

The Summer School was opened on 15 July 2022 at Cankarjev dom in Ljubljana by the Minister of Culture, Asta Vrečko, PhD, who stressed the importance of summer schools and cooperation between universities and NGOs.

In his opening address, Prof Boštjan Botas Kenda (UL ALUO) emphasized that this year is not just about confirming last year's success. The first shift already took place when the University of Ljubljana and PiNA mapped out the future path of the Design+Science Summer School with the FH Joanneum and the University of Split. He also recalled the words of Prof Tomaž Deželan, PhD, who wrote the following on the occasion of last year's first edition: »The Design+Science Summer School is an initiative that not only aims to stimulate academic reflection beyond the traditional walls of science and art but also addresses the question of the benefits and necessity of such endeavors for society at large.«

Borut Jerman, President of PiNA, also highlighted the importance of bringing empathy back into the context of everyday life as a contribution of this summer school: »We need it because knowledge is simply not enough. We know what we are doing to ourselves, to our communities, to our planet. But until we really feel it, there will be no change. Only unlimited growth, until there is nothing and no one left to grow.«

As a conclusion of the week-long research process, three group projects were presented by the participants, who were supported by three young mentors, Nejc Prah, Emil Kozole and Sigrid Burstmayer, as well as a professional mentor, Ivica Mitrović.

»Running a workshop at a summer school is challenging because of the diversity that participants from different disciplines bring to the team. In our project, we focused on animal rights and thought about how these might develop in the future. We thought about a hypothetical movement that represents increasingly radical demands in the future. Hypothetical stages of animal rights expansion, from banning pets to donating human hearts to pigs, were presented over a time span of the next 25 years. The presentation took the form of a talk show, looking at the development of this movement in 2045 and highlighting some positive and some problematic examples. The good food and organization, the evening events, and the trip to the Gorenjska region contributed to a great atmosphere, new acquaintances, and of course a better understanding of coexistence,« said Nejc Prah, outlining the mentoring process.

Emil Kozole reflected on his group: »In mentoring at the summer school, we try to create a framework where we put students in unfamiliar spaces; they don't get precise instructions, but they do get guidance. Our group project explored how our lives would change if we declared all of nature a national park. We thought about the effects of this change – from the point of view of an individual waking up to this new world. We explored the jobs that will be lost, the food that will disappear from our shelves, and the consumer products that will remain in the shops, but also the new opportunities, the new way of thinking and coexisting on planet Earth. We have chosen not to dwell on exactly how this change has happened, but on how quickly we humans are adapting to changes that at first glance seem too radical to have ever happened.«

»The mentoring at the summer school was aimed at encouraging thinking outside the box, supporting the development of ideas, conceptualizing and monitoring the timeline. Invisible coexistence was the chosen theme of our week-long work. It is about understanding the relationship between entities, which we are usually not aware of and do not appreciate. The atmosphere in the places we move, the feelings between people, the idea of a global North-South divide. The proposed creation of the Ministry of Invisible Coexistence was thus aimed at raising awareness of the invisible coexistence between all entities. It is about putting it on the agenda of everyday life, claiming the position of the invisible and protecting it. The idea of the project culminated in a press conference where the imaginary new ministry presented all its activities,« Sigrid Burstmayer described her team’s work.

Associate Professor Marina Klemenčič (UL FKKT) concluded the summer school by saying, »The topics we are raising at the Design+Science Summer School deliberately include transdisciplinary topics because we believe that it is no longer enough to know only a narrow field of behaviors in order to understand and actively engage in society. It is the format of the summer school that allows us to show participants, in a short but intensive period, that by involving individuals from different disciplines in the process of working and thinking, we can arrive at solutions that have wider societal benefits.«

As the second edition draws to a close, the whole organizational team believes that this is just the beginning of the start of a story that will continue to unfold in the years to come. »The secret of the success of the summer school is that it is built on relationships, connections, coexistence, and co-creation, which also brings different results – results that this world needs the most and that are based on empathy, respect, and mutual support,« says Maja Drobne, co-organizer at PiNA. Or as Emil Kozole concluded: »With Design+Science we are building the future of education.«