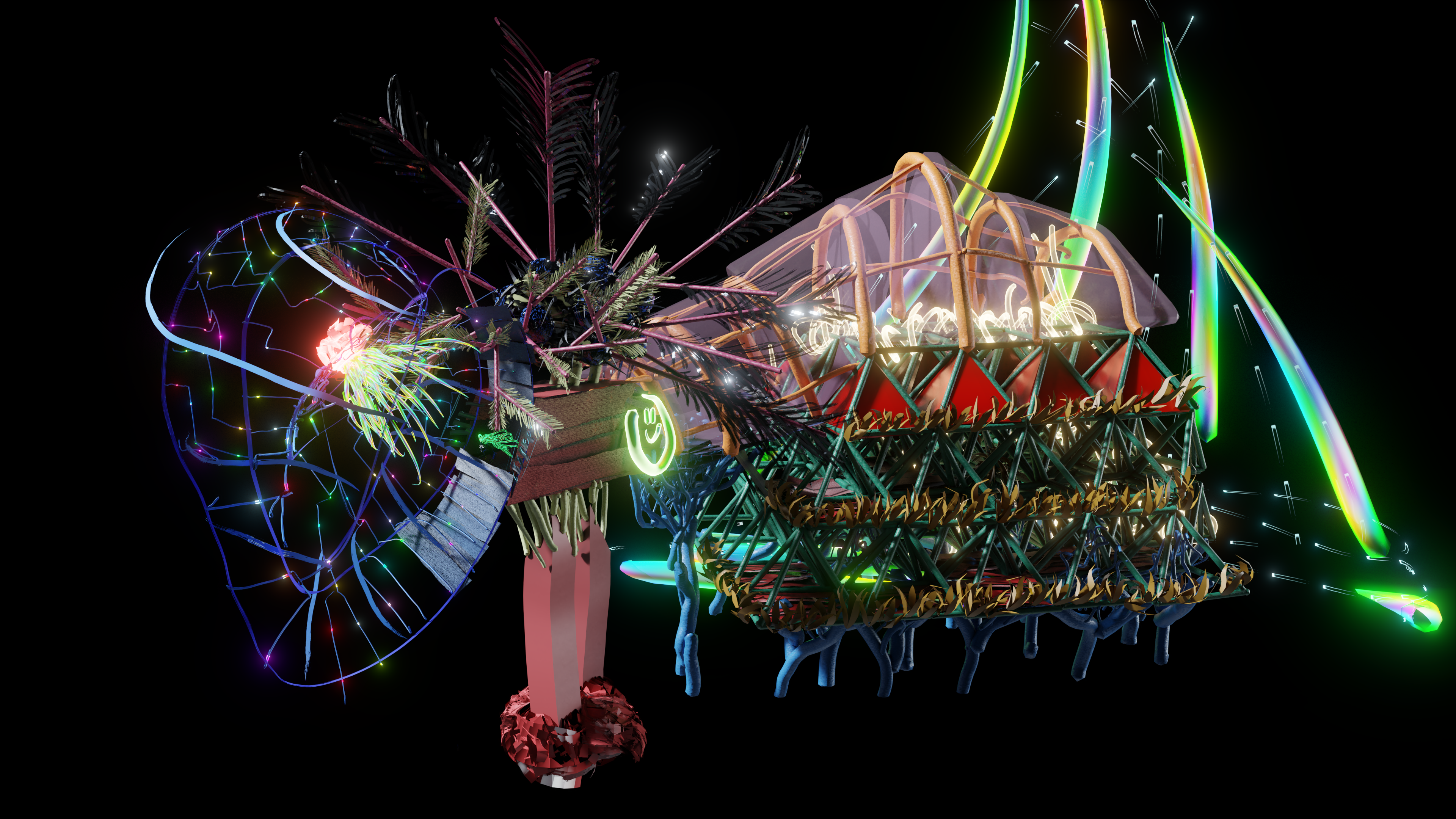 We kindly invite you for our first december event of KIBLIX 2020! Join us on Thursday, 3 December 2020 at 6 p. m. CET for an artist talk by Untold Garden (Max Čelar and Jakob Skote) and Sebastian Dahlqvist, who will be speaking about their long-term research design project Skiljelinjer (Lines of Demarcation) and its first iteration at KIBLIX 2020. The talk will be streamed on www.kiblix.org, as well as on @mcruk.si social media.

Skiljelinjer, Swedish for "Lines of Demarcation," is a research project exploring agonism within collaborative artistic and design processes. Agonism is an alternative decision-making process driven by controversy instead of consensus.

"All forms of consensus are by necessity based on acts of exclusion." Chantal Mouffe

The project explores ways in which Mouffe's writings on agonism and agonistics' logics might guide collaborative design processes within and beyond urban planning. This is done with a tool using augmented reality, through which participants co-create and vote on proposals. The proposals are filtered depending on their ratio between upvotes and downvotes, which can drive the project's decision-making process following a range between consensus, conflict, and dissensus.

Untold Garden is an experiential art and participatory design studio exploring intersections between virtual and physical worlds. Their experiential artworks focus on an individual's perception of reality, their immediate connection to people around them, and their agency at the planetary scale. The digital tools they are working on are aiming to create new scalable infrastructures for participatory design and immersive communication. It is a collective of Max Čelar and Jakob Skote; artists, designers, and developers. They studied architecture at the Architecture Association in London, where they’ve found a mutual interest in participatory tools to create more inclusive architecture. Max’s work has previously been exhibited at Fundació Joan Miró in Barcelona and Edge Gallery in Bath. He worked as an XR Designer and Developer at ScanLAB Projects, where he led the immersive part of Framerate (IUK 2019) project and their XR art installation Eternal Return. Jakob was previously on the board for The Borderland. His previous commissions include set design for the interactive theatre company InSite, exhibition design for the Genoa-based architecture office SpaceCaviar, AR architecture visualization for Swedish architecture office Waldemarson Arkitekter. Untold Garden collaborates with artists, theorists, designers, engineers, and scientists on a project basis. Skillelinjer is done in collaboration with Sebastian Dahlqvist, an artist and curator based in Stockholm and Malmö. His practice often involves collaborations and departs from site-specific issues with an interest in self-organization, collective memory, and ways of reading and writing history. During recent years, he has been part of initiating and running several collectives and organizations. He currently works with The Collective Brain, Art Lab Gnesta, and Folkrörelsernas Konstfrämjande.