Dante in the draught (spatial installation) 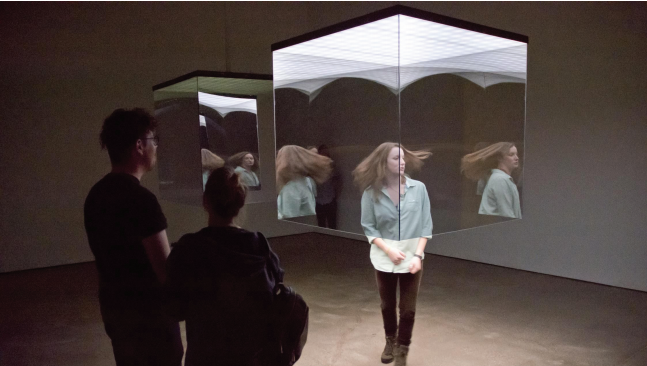 Dante in the Draught is a spatial installation that innovatively uses modern technology to take visitors through the Divine Comedy and introduce them to the 14th-century Dante Codex, transcribed in Izola.

The installation places the visitor at the center, in the position of the main actor in exploring a part of the history of Izola.

The lesser-known fact that two codices were created in this Istrian town, the much commented transcripts of Dante's Divine Comedy and the subject-matter of Dante's text, are presented in an accessible and multifaceted way. Dante in the Draught is an experience for limited groups of all ages.

The installation will focus on local history, i.e., on the manuscripts created in Izola, as well as on the tradition of interpreting, commenting upon and transcribing the Divine Comedy. On the one hand, we wish to present the codex of the notary Campenni, and thus the significance of the manuscripts, and on the other hand, marking the 700th anniversary of the poet's death, we wish to bring Dante's work closer to visitors.

Upon entering, visitors are confronted with different layers of codes, which they can study. Through a forest of words and information, the setting invites them to a journey and puts them at the center of the action.

For a moment, the visitor gets lost (just like the poet himself at the beginning of the journey) and then finds himself at a crossroads. There is only one path he/she can take. In terms of experience, both are exactly the same. Along the way, the visitor gets to know images and the atmosphere of the Divine Comedy, while at the very end, one is confronted with oneself, with one's own interpretation of the images offered. If the visitor wants to, he/she can once again immerse himself in the interpretation of others as well, which had been offered to them at the very start.