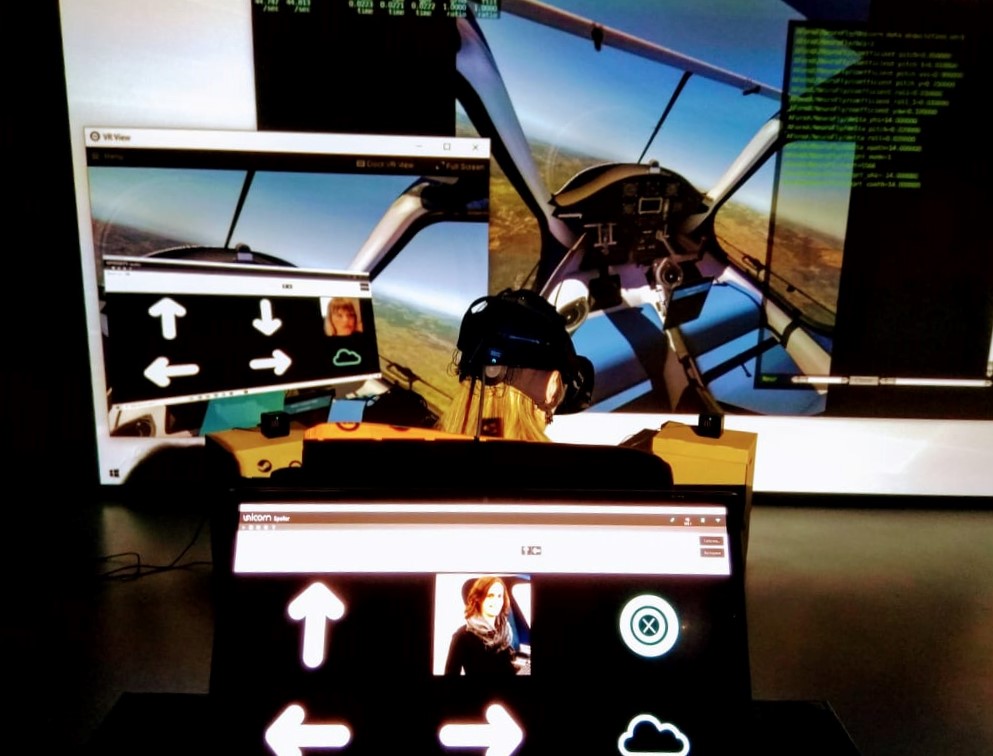 The NeuroFly simulator is a pilot project of the DDTlab and the AFormX aviation company. The project aims to combine the VR flight simulator with a brain-computer interface, which allows the user to communicate directly between the brain and the simulator and thus direct the aircraft in the simulation.

The user operates the NeuroFly aircraft via a brain-computer interface. The Brain-Computer Interface (BCI) is a powerful computer system that enables direct communication between the brain and the device that we want to control and manage with the brain’s help. The goal of the BCI system is to allow users to control the device only through brain activity. The operation of BCI devices is based on the interaction between two adaptive controllers: the user, who must know how to intentionally elicit the correct brain signals that will trigger the command, and the BCI system, which must translate these signals into commands and execute them. Therefore, operating with brain interfaces is a skill that both the user and the system must learn by continuously adapting to each other.